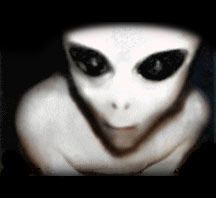 China seems to be a hotspot of supposed extraterrestrial activity these days, with a handful of sightings of various types of strange lights in Chinese skies.

The most recent report, that a Chinese airport had to divert passenger jets to prevent collisions with a UFO this month, was the eighth UFO report in four months. This may seem odd to the public, but such clustering of sightings is actually a common pattern in UFO reports.

Ronald Story, writing in "The Encyclopedia of Extraterrestrial Encounters" (New American Library, 2001), notes that "Periods of time when reports of UFOs amass at well above average rates are variously termed 'waves' or 'flaps.'"

But why would UFOs often appear in flaps? One explanation is that alien visitors in spaceships are, for whatever reason, visiting more often during those periods.

But we can find another, more down-to-earth answer in psychology, pop culture, and the media. Sightings are often fueled by the mass media; people read about scary or mysterious things (or see televised reports on them), and interest about them spreads from person to person and a few people begin to see them.

It's not necessarily that anyone is hoaxing or making up their sightings, just that research has shown that if you tell people what to look for (a phenomenon called "priming"), people will often see what they are looking for — whether they exist or not. It's a common and well-understood psychological process.

The late UFO researcher Phil Klass noted in his book "UFOs Explained" (Vintage Books, 1976), that American reports of UFOs skyrocketed in April and May of 1952. As it happens, one of the nation's top magazines, "Life," had just published an article on UFOs titled, "Have We Visitors From Space?" The issue, dated April 7, was widely read (it featured Marilyn Monroe on the cover, along with the headline: "There Is a Case for Interplanetary Saucers").

Is it mere coincidence that some people reported seeing odd things in the skies in the days and weeks after reading and discussing a popular article suggesting that UFOs might be seen in the skies?

It seems likely that once the first Chinese UFO reports were publicized, people became more aware of what they saw in the skies — might they be next to see the mysterious lights?

Further evidence for the psychological explanation can be found in the fact that many of the Chinese reports have been debunked as astronomical phenomenon, military tests, and so on. For example, some of the UFO reports described the appearance and location of Venus, and Wang Sichao, a planetary astronomer with the Chinese Academy of Science, found that some of the UFO photos were actually created by reflections of outdoor lamps on camera lenses.

Ultimately, time may tell whether or not the 2010 Chinese UFO flap was caused by space aliens or if the mass media influencing the public's perceptions. Perhaps these reports are the first in a series of increased communications with aliens, who will finally reveal themselves after decades. On the other hand, it may be just the latest in a long line of inconclusive UFO flaps.

Benjamin Radford is managing editor of Skeptical Inquirer science magazine. His books are available on his web site. His Bad Science column appears as needed on LiveScience.