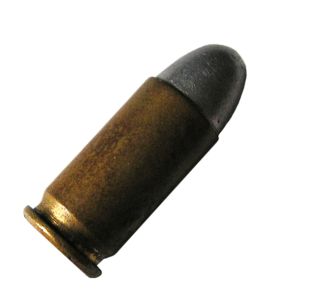 Those bulky, bulletproof vests could become a thing of the past. Their replacement:  Your T-shirt, but with a special coating. Bulletproofing can be done in one of two ways. The first, old-school approach relies on hard plates of metal or ceramic, which deflect oncoming bullets. A more elegant way, perhaps, is the use of a network of fibers – the approach taken by Kevlar – to “catch” the bullet, much like a hockey goalie catches a flying puck.

Kevlar has made its mark in body armor, as the technology is used in vests, helmets, and other gear for law enforcement, corrections officers and the military. However, it’s expensive, which limits its use to those who can drop hundreds of dollars for protection.

The new technology, which also relies on the catching method, addresses these issues by using an inexpensive material and a simple process – a feat that could bring body armor to the masses, according to Xiaodong Li of the University of South Carolina and study researcher.

Here’s how it works:  By dipping pieces of cotton from a T-shirt into a solution of boron powder, the researchers created a network of nanowires made out of boron carbide – the third hardest material known to man at room temperature.

The new T-shirt body armor probably won’t compete with the Kevlar-type technologies, but it could be useful for situations in which less protection is sufficient.

"We should be able to fabricate much tougher body armors using this new technique," Li said. "It could even be used to produce lightweight, fuel-efficient cars and aircrafts."

Li and his team detailed their findings in the April 6 issue of the journal Advanced Materials.