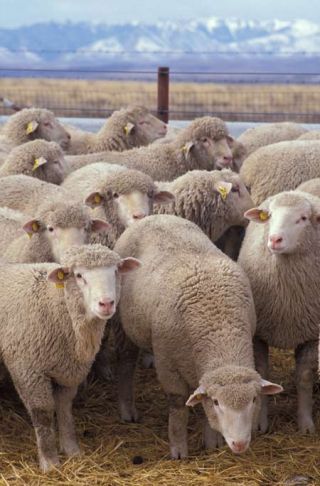 Is it ethical to stick human DNA into lab animals to research human diseases? The UK Academy of Medical Sciences this week announced a project to consider the issue and make recommendations.

You can vote below. First, more on the issue and what the academy plans to do:

In fact animal-human hybrid work has been going on for years, and thousands of animals contain human cells or DNA, according to the academy. These are "mostly mice with a single gene sequence of human origin, in widespread use throughout laboratories worldwide." But there are other examples that take the concept further.

The academy's study will look into the ethical and regulatory aspects of the issue both from a scientific perspective and to see what the public thinks.

"It is important to ensure that this exciting research can progress within limits that scientists, the government and the public support," said Martin Bobrow, chair of the working group that will conduct the study. "We will not only be focusing on the ethical dimensions of this research but also on how it is perceived by the public. Do these constructs challenge our idea of what it is to be human? It is important that we consider these questions now so that appropriate boundaries are recognized and research is able to fulfil its potential."

Here's the scope of the new study, according to a statement from the academy: to "examine the scientific, social, ethical, safety and regulatory aspects of research involving non-human embryos and animals containing human material."

And here's what the working group will aim to do over the next 12-18 months:

In The Water Cooler, Editorial Director Robert Roy Britt looks at what people are talking about in the world of science and beyond. Find more in the archives and on Twitter.