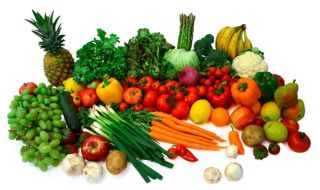 Those of you on the anti-aging caloric-restriction diet hoping to add a few years onto your life might want to put down your fork before reading further, lest you choke on your six-pea-and-lettuce-leaf lunch.

Research published this month in the Journal of Nutrition found that naturally chubby mice lived longer on a reduced-calorie diet, but naturally lean mice did not, demonstrating for the first time that that calorie restriction effects vary greatly not only between species but also within species.

The study implies that a caloric-restricted diet could be pointless and even harmful for humans who are naturally on the lean side.

With the majority of Americans overweight or obese, it's not clear exactly who is following this ascetic diet. But when studies over the past 30 years revealed that worms, fruit flies and mice were living up to twice as long on diets with 30 percent or more fewer calories, a significant number of our own species decided to turn themselves into guinea pigs and reduce their caloric intake to about 1,500 kilocalories a day, about 500 kcal fewer than the recommended intake for a non-active adult.

Studies performed on our pioneering brethren have shown significant gains in lowering blood pressure and metabolism rates and cholesterol and triglycerides levels, all positive signs. Studies on monkeys possibly living longer also gave them strength to continue with the diet in ways that their celery stalk snacks could not.

Yet all along there have been cracks in this longevity theory. Yes, many species of animals in the laboratory live longer when on a caloric-restricted diet. The big exception, though, is the housefly, which dies faster when starved. So one question to ask is whether you are more like a fruit fly or a housefly?

Also, while some laboratory mice can live longer on a restricted diet, the progeny of wild-caught mice reap little to no benefit from fewer calories. This led scientists to think that maybe the animals gaining the most extra years from calorie restriction are those animals bred to study calorie restriction.

Of mice and men

A team led by Raj Sohal of the University of Southern California's School of Pharmacy tested the diet on two types of mice: mice bred to be fat on a normal diet and mice bred to be lean. Only the chubby variety of mice, albeit lean in this study, lived longer on the caloric-restricted diet. The naturally lean mice forwent all that delicious cheese for naught.

Among human it is clear that some of us are naturally chubbier or leaner given the same amount of caloric intake and energy expenditure. Thus those of us who don't pack on pounds easily—perhaps the very type of person attracted to the caloric-restricted diet—might starve themselves in vain.

The most significant finding from this study, however, is that the diet lowered the metabolic rates of both types of mice. The leading theory has been that a slower metabolic rate—and the subsequent lower rate of oxygen consumption and lower rate of free-radical production—was the cause for the increased longevity. This theory is now up in the air.

The news might lead those on a caloric-restricted diet to drown their sorrows in a big tub of fat-free tofu.