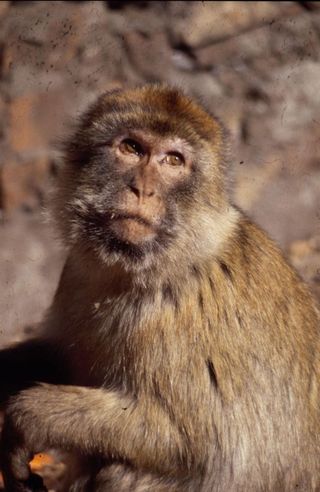 More should be done to reduce the threat from viruses that can jump from monkeys to humans, scientists said today.

Several articles on the topic are presented in the September issue of the American Journal of Primatology.

"Viruses are already jumping the species barrier and affecting both people and animals, and there is the potential for much worse," explained Lisa Jones-Engel, a researcher a primate expert at the University of Washington. "It's especially cause for concern in Asia, where people and monkeys have so much interaction, and there has been little research done on this topic."

Scientists believe that HIV, the virus that causes AIDS, started out as simian immunodeficiency virus (or SIV), and jumped to humans decades ago when African bush meat hunters became infected by monkeys they hunt for food.

Other viruses, like influenza, have also jumped species barriers. The avian flu circling the globe now could morph into a strain that could create a human pandemic, for example. It happened in 1918.

In one of the journal's articles, researchers estimate that about six people out of every 1,000 who visit a monkey temple in Bali, Indonesia, will be infected with simian foamy virus (SFV) from a monkey bite. The virus so far has not been shown to cause disease in humans. But viruses like this one are known to remain dormant for years, then sometimes evolve into a variety that can kill the new host.

"This study is basically the first step in quantifying the risk associated with human-to-monkey viral transmission," said lead author Gregory Engel, a physician and assistant professor of family medicine at the the university. "We have a lot more work to do in determining the risk of viruses jumping the species barrier in these different settings, but the risk is obviously there."

Previous research found that performing monkeys in Indonesia carry several viruses that could infect humans during the close contact common to street shows.

Contact with primates could allow human virus to jump the other way, too. Marine mammals are known to suffer human diseases.