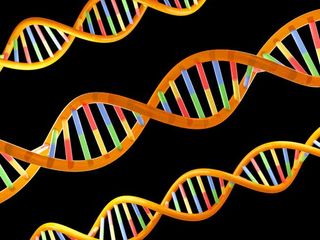 The Food and Drug Administration was busy last Friday, sending out letters to five companies that sell genetic tests directly to consumers.

The tests, which cost upwards of $1,000, are supposed to assess genetic variations in your genome, or DNA, and tell you whether you are at a higher or lower risk of getting a handful of diseases, such as diabetes or prostate cancer.

The FDA, in one of its classic "uh-maybe-we-ought-to-start-regulating-this-stuff" flashes of insight, informed the companies that their tests are medical devices and must gain regulatory approval before they can be marketed.

But the FDA was just digging for any excuse to reign in this fast-growing and reckless industry. The reality is that these tests remain as feeble as they were when they first hit the market nearly a decade ago, as most medical researchers and genetics experts will attest.

That is, commercial genetic tests are no better at predicting your future than a set of tarot cards. Worse, they can provide you incomplete or even incorrect information that can lead you to make poor health decisions or have a false sense of security.

You're right to throw away cash

You can say you have the right to know your genetic destiny. What's delivered to your door, however, will be a set of vast unknowns with which you are to map your future.

We are still at a stage of embarrassing ignorance when it comes to the genome. Every serious scientist knows this, and the leaders of the genomic revolution — such as Nobel laureates James Watson and Paul Nurse and Nobel contenders Eric Lander and Craig Venter — have each expressed caution over the current availability of genome-mapping for the masses. The reasons are many.

Of course, companies selling genetic tests offer the disclaimer that the test results are for "informational" purposes, not to serve as medical diagnosis — just as football pools are for entertainment purposes only.

Doctors know — and have fretted for years in the pages of medical journals, most recently in the May 27, 2010, issue of the New England Journal of Medicine — that recipients of genetic tests results will march into their offices and ask what can be done about the reported "x"-percent elevated risk in this cancer or that. And the answer will be, "I haven't a clue."

The potential for genetic testing is boundless. We soon may enter an era of personalized medicine, when therapies are chosen based on your unique genetic composition. But we aren't there yet. We're not even close.

What we do know is only the obvious, for example, genes clearly responsible for debilitating diseases such as progeria or cystic fibrosis. We know the gene mutations, and we are attempting to find cures. And that's great.

But we do not know the genes causing chronic diseases such as diabetes, heart disease and cancer aside from the ones that manifest a disease early in life, before age 30. If, for example, you have the mutated APC gene that causes familial adenomatous polyposis and a 100-percent chance of developing colon cancer, you will know this before you have earned enough money in life to afford a commercial genetic test.

The FDA has not requested that the commercial genetic tests be removed from the market. But a similar letter in May to Pathway Genomics prompted Walgreen drugstores to cancel plans to sell this company's genetic test kit. Ultimately the compromise between FDA and industry might be clearer language about the limitations of genetic testing.

Knowledge is empowering only if it can be understood.