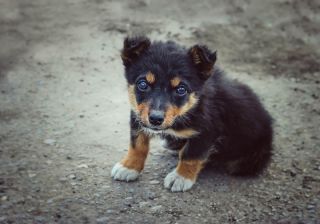 A Norwegian woman died from rabies after she played with an infected puppy that she attempted to rescue while on vacation, according to news reports.

The woman, 24-year-old Birgitte Kallestad, was traveling in the Philippines with friends in February when they found the puppy on the side of the road, according to the Washington Post. Kallestad took the puppy back to the resort, where she washed and played with it.

Kallestad received some "small scrapes" from the animal, her family said, and she washed these nicks without seeking medical treatment, the BBC reported.

But it wasn't until Kallestad was back in Norway that she began to experience symptoms and visited the emergency room several times. By that time, some time had passed since her Philippines trip, and doctors had trouble diagnosing her illness. It wasn't until Saturday (May 4) that officials confirmed she had rabies, Fox News reported. Kallestad died on Monday (May 6). [The 9 Deadliest Viruses on Earth]

It's the first death tied to rabies in Norway in more than 200 years, according to the BBC.

"Our dear Birgitte loved animals ... our fear is that this will happen to others who have a warm heart like her," her family said in a statement, according to the BBC.

Rabies is a viral disease that's most often transmitted through the bite of an infected animal, according to the Centers for Disease Control and Prevention (CDC). Early signs of the disease include flu-like symptoms, such as general weakness, fever and headache, followed by more severe symptoms, including anxiety, confusion, hallucinations and insomnia.

There is a vaccine for rabies, but in order to be effective, it must be given before symptoms appear. Unfortunately, once a person starts to show symptoms of rabies, there is no effective treatment and the disease is almost always fatal, according to the CDC.

Rabies remains endemic in more than 120 countries, mostly areas with inadequate public health resources and limited access to preventive treatment, according to the CDC.

In January, the CDC reported the case of a Virginia woman who died from rabies after being bitten by a puppy while on a retreat in India.