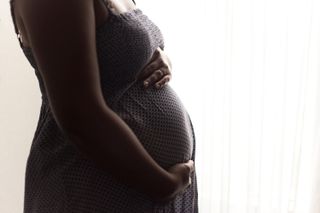 When a woman in Bangladesh gave birth to her first child in February, everything seemed pretty normal. But she shocked her doctors when she went into labor again only about a month later, this time giving birth to twins, according to news reports.

How is this possible? The woman had two uteruses, a condition called uterus didelphys, and she was carrying babies in both wombs.

The 20-year-old woman first gave birth to a baby boy in late February, and was released from the hospital after a normal delivery, according to CNN.

But 26 days later, she started having lower abnormal pain, and went to a different hospital. That's when doctors performed an ultrasound and saw that she had two uteruses, and was carrying twins in one of them. The doctors performed an emergency cesarean section to deliver the twins. [Wonder Woman: 10 Interesting Facts About the Female Body]

"We were very shocked and surprised. I have never observed something like this before," Dr. Sheila Poddar, a gynecologist at Ad-din Hospital in Bangladesh who helped deliver the twins, told the BBC.

The woman hadn't received an ultrasound prior to her treatment at Ad-din Hospital, and didn't know she was carrying twins in addition to her first baby.

Having a double uterus is relatively rare, occurring in about 1 in 2,000 women, according to Scientific American. During female fetal development, the uterus normally starts out as two tubes that fuse to create the uterus. But in some women, the tubes fail to join, and instead form two separate uteruses, according to the Mayo Clinic.

This isn't the first case of a woman with the condition becoming pregnant in both uteruses. In 2011, it was reported that a woman in Florida gave birth two two babies from two separate uteruses. At that time, doctors said the chances of this happening was one in five million.

In the Bangladeshi woman's case, it's likely that her ovaries released three eggs at once, which were fertilized at the same time, Dr. Christopher Ng, of the GynaeMD Clinic in Singapore, told the BBC. This would mean that the first child was 26 days more premature than the twins. Doctors have also reported that, in cases like these, the two uteruses can have independent contractions.