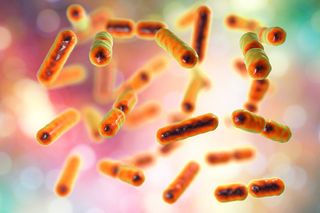 Eating too much fat may be bad for your gut bacteria, a new study from China suggests.

The study involved more than 200 young, healthy adults who were assigned to eat either a low, moderate or high-fat diet for six months. Those in the high-fat diet group saw "unfavorable changes" in their levels of certain gut bacteria and the compounds these bacteria produce, the researchers said.

Such changes might have negative consequences" over the long term, such as an increased risk of metabolic diseases like Type 2 diabetes, the authors wrote in the study, published Feb. 19 in the journal Gut.

The findings may be particularly relevant for people in China and other countries where diets are increasingly becoming more "Westernized," compared with the traditional diets of the region. The findings might also apply to people in developed countries like the U.S. who already have diets with high fat intake, but more research is needed to examine this, the authors said. [5 Ways Gut Bacteria Affect Your Health]

In addition, the study was conducted in young and healthy adults (ages 18 to 35 years old), so it's unclear if the findings apply to other groups of people.

Previous studies have shown that people's diets can affect their gut bacteria, and that obesity has been linked to reductions in certain types of such bacteria. But relatively few studies have examined changes in gut bacteria after assigning people to a specific diet.

The total number of calories and amount of protein and fiber in participants' diet was the same for all groups. The participants also gave blood and stool samples at the start and end of the study.

At the end of the six-month study, participants in the low-fat diet group saw increases in levels of so-called good bacteria called Blautia and Faecalibacterium compared with their levels at the study start; those in the high-fat diet group had decreased levels of these bacteria. Blautia and Faecalibacterium bacteria help produce a fatty acid called butyrate, which is a key source of energy for bowel cells and has anti-inflammatory properties, the researchers said.

What's more, over the course of the study, people in the high-fat diet group experienced increases in levels of bacteria called Bacteroides and Alistipes, which have been linked with Type 2 diabetes.

"Compared with a lower fat diet, long-term consumption of a higher fat diet appears to" have negative effects, at least for healthy young adults in China who are transitioning to a more Westernized diet, the researchers said.

The study noted that participants in all three diet groups lost weight during the study, with the low-fat diet group losing the most weight. It's unclear if the weight loss could be related to some of the changes seen in participants' gut bacteria and metabolic markers, so future research is needed to clarify this, the authors said.

The research was carried out at the People's Liberation Army General Hospital in Beijing and Zhejiang University in Hangzhou, China.