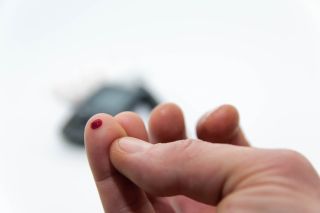 Type 2 diabetes may be linked to erectile dysfunction, a new study suggests.

People who had genetic risk factors for type 2 diabetes were more likely to have erectile dysfunction (ED) than those without these risk factors, researchers revealed in a study published today (Dec. 20) in the American Journal of Human Genetics.

The researchers analyzed data gathered in three different databases: the UK Biobank, the Estonian GenomeCenter of the University of Tartu cohort and the Partners HealthCare Biobank. The study involved more than 220,000 men, around 6,000 of whom had erectile dysfunction. [5 Myths About the Male Body]

In the study, researchers wanted to see what conditions or genetic traits might predispose people to ED. They looked at a bunch of genetic variants — different flavors of genes — that previous groups had identified as risk factors for developing conditions such as heart disease, obesity and type 2 diabetes, all of which are also linked to ED.

Looking for genes that may increase a person's risk for these disease is far from straightforward, however. For example, previous research has identified about 100 gene variations that are linked to type 2 diabetes alone. So, for each condition, the researchers calculated a "genetic risk factor score," based on the number of risk-increasing gene variants a person had.

The study suggests that "having a genetic predisposition to type 2 diabetes … also predisposes you to having [ED]," said co-senior author Anna Murray, associate professor of human genetics at the University of Exeter in the U.K. And the findings are strong enough, according to Murray, to suggest a cause-and-effect link between the two conditions.

It makes "good biological sense," Murray added. While on the face of it the conditions may seem unrelated, type 2 diabetes can cause nerve damage and problems with blood vessels. The latter especially is very important in maintaining an erection, Murray told Live Science.

As to why they didn't see a link between ED and higher body mass index (BMI) or cardiovascular disease, Murray said that she thinks that either the researchers need a larger sample size of people, or that it was just "bad luck" that they didn't see it. In the literature, for example, "there's strong evidence that having an increased BMI in itself causes erectile dysfunction," she said.

Dr. Caroline Messer, an endocrinologist at Lenox Hill Hospital in New York City, who was not part of the study, agreed that the findings are compelling. "I would buy that it's a cause and effect" she said. There are many ways that ED and type 2 diabetes could be connected, including through changes in the brain or through the blood vessels in the body, she noted.

Even so, knowing that ED might have a genetic basis that's linked to type 2 diabetes isn't really going to "change the way I'm going to treat my patients," Messer said.

However, what makes the finding particularly interesting is that generally, risk factors for ED are thought to be things that occur alongside diabetes, such as hypertension or elevated body mass index (BMI) — in other words, that ED is the result of conditions that people have in addition to diabetes — not diabetes in and of itself, Messer told Live Science. The new findings could change that.

"We have no direct evidence that by curing type 2 diabetes, you would cure erectile dysfunction," Murray said. But based on this study, "you would make that assumption." She hopes that in the future even larger studies can look at this association and that those studies will lead to treatments.

Diet and exercise can really help manage type 2 diabetes, she noted, and so they might also affect erectile dysfunction. There's "lots of reasons why you'd want to cure type 2 diabetes," Murray said. "But this is an added incentive."

Murray noted that, while the study primarily including people of British descent, the findings likely apply to all people with a European background. It's unclear, however, if the study would apply to people all over world. More research is needed to apply the findings more broadly.