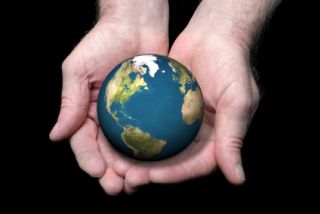 The president says the economic future of the United States depends on innovation. But what does that mean? History suggests it's a lot more than pure genius. Image
(Image: © stockxpert)

The mere act of kindness, or one of evil, can boost willpower and physical strength, a new study suggests.

The results, based on three experiments, show that those who performed good deeds, or envisioned themselves acting charitably, were able to hold a weight or squeeze a hand grip significantly longer than those who didn't perform or think about such deeds.

But evil acts appeared to confer similar and perhaps even greater superpowers.

"When you think of superheroes or super villains, [you think of people] that can possess huge amounts of willpower and are relatively unfazed by pain," said study researcher Kurt Gray, a doctoral student in psychology at Harvard University in Cambridge, Mass. "And because of your stereotype of heroes and villains, you kind of embody that, or transform yourself into your perception of hero and villain," when you perform good or evil acts, he said.

In one experiment, 91 volunteers were asked to hold a five-pound (about 2.3-kilogram) weight for as long as they could, and then given $1 for their efforts. About half were asked if they would like to donate their dollar to the United Nations International Children's Fund, or UNICEF. Everyone in this group agreed to donate, while those not asked of course didn't donate.

In a second experiment with 151 volunteers, participants held the weight while they wrote a fictional story featuring themselves either helping, harming or not causing impact on another person.

The boost in strength from evil might be because participants who thought about hurting someone needed to first conquer their conscience telling them that evil is wrong.

"Evildoers have more [agency], because they need to overcome the voice of their conscience to harm others. It takes even more agency to harm those around you," Gray said. Agency refers to the ability to have self-control, tenacity or strength.

The findings might have implications for all areas of life in which strength or willpower is needed, Gray said.

"This suggests that the way to get more willpower is to just do good or evil, hopefully good," Gray told LiveScience. "So if you want to diet better, maybe do good before you try to avoid that dessert."

The study will be published in a forthcoming issue of the journal Social Psychological and Personality Science.