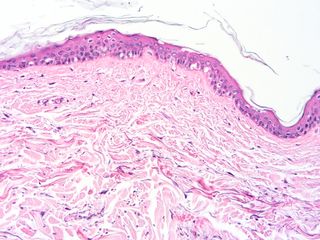 A Colorado boy has an extremely rare condition that's causing his skin to harden "like stone," his parents say.

The 12-year-old boy, Jaiden Rogers, has stiff skin syndrome, and his parents are hoping to stop the spread of the disease before he "becomes entombed within himself," People magazine reported Wednesday (July 18).

Jaiden was diagnosed with the condition in January 2013, when his father noticed a hard lump on the boy's right thigh, Fox News reported today (July 20). Since then, the painful disease has spread to his hips, stomach and back. But as it spreads to his chest area, it could cause breathing problems, according to People. [27 Oddest Medical Cases]

But what is stiff skin syndrome?

Stiff skin syndrome causes a person's skin to harden and thicken across the entire body, according to the Genetic and Rare Diseases Information Center (GARD). This thickening can make it difficult for a person to move his or her joints, and can lead to joints becoming stuck in a bent position. This typically affects the larger joints in the body — such as the shoulders, elbows and knees — though some people also may have trouble bending their fingers, GARD says. The disease is progressive, meaning it gets worse over time.

Stiff skin syndrome may also affect a person's breathing, according to GARD.

Other symptoms can include excessive hair growth, loss of body fat, scoliosis, muscle weakness, slow growth and short stature, GARD says. Problems with the muscles of the eye have also been reported.

The condition is caused by a genetic mutation in a gene called FBN1, according to GARD. This gene is responsible for a protein called fibrillin-1, which helps form elastic fibers that enable the skin, ligaments and blood vessels to stretch, GARD says.

Currently, there are no existing treatments that can reverse the symptoms of stiff skin syndrome, according to GARD. Rather, approaches such as physical therapy are aimed at addressing any joint-movement problems people with the condition may develop.

In addition, there's limited evidence that an immune-system-suppressing drug called mycophenolate mofetil may improve symptoms, GARD says. In one report, published in 2016 in the Journal of the American Academy of Dermatology, doctors described two patients with stiff skin syndrome whose symptoms improved after taking the drug for several months and undergoing physical therapy.

Jaiden's parents have created a GoFundMe page to raise money to help pay for his treatment and medical bills.