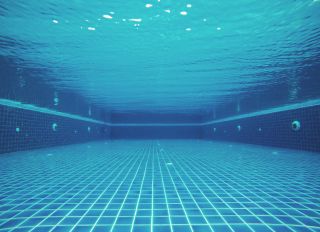 At least 35 people were exposed to a chlorine gas cloud in a San Jose, California, neighborhood pool, according to news reports.

Some of the poolgoers showed symptoms such as shortness of breath and vomiting, and a handful needed treatment at the hospital for upper respiratory problems, The Mercury News reported Thursday (June 14).

But what is a chlorine gas cloud, and how does it form?

Under nearly all circumstances, the chlorine that's added to pools, and even drinking water, to kill bacteria is safe. But in its gas form, chlorine is very poisonous — it was used as a chemical weapon in World War I — said Dr. Diane Calello, the medical director of the New Jersey Poison Control Center at Rutgers New Jersey Medical School. (Calello was not involved with the San Jose case.) [7 Common Summer Health Concerns]

Chlorine is added to pools in a powder or liquid form — not as a gas — and by itself, it typically can't form gas clouds unless there's an incredible amount of it, Calello said. However, chlorine can easily form a gas when it's mixed with certain chemicals, especially acidic ones.

Those chemicals can include hydrochloric acid, ammonia and a few other household substances, Calello told Live Science. "They're not hard to find." (Ammonia is not acidic but can still form chlorine gas when mixed with chlorine.)

In the San Jose case, it appears that a contractor working on the pool's upkeep poured a chemical into the wrong spot in the pump room, The Mercury News reported. This resulted in a high-concentration mixture of hydrochloric acid (which comprises chlorine and hydrogen) and chlorine in the pool. Officials found that the chlorine level was over 15 times higher than the allowable limit, The Mercury News said.

And although instances like this don't cause damage on a par with what you'd see from chemical weapons, they "can still [cause] lung injury that lands people in the hospital for a few days," Calello said. In particular, people exposed to chlorine gas develop respiratory problems "because they have burns in their airway," she said. When you inhale chlorine, it combines with water in your lungs and forms hydrochloric acid, which can burn the airway, she added.

Common symptoms of excess chlorine exposure can include difficulty breathing and burning of the eyes and mouth, Calello said. Severe exposure can lead to pulmonary edema, or fluid buildup in the lungs, according to the New York State Department of Health.

Calello noted that she doesn't "think there's cause for alarm" about chlorine gas and public swimming pools. Instances in which many people get exposed to gaseous chlorine because of swimming in public pools are not common, she said.

Calello said the poison center where she works receives some calls about chlorine gas every year. But the people who are exposed are typically those who mixed chemicals on their own for their private pools. It's also common for chlorine gas exposure to happen when people mix together certain household cleaning items, she added.

"We advise [people exposed to chlorine gas] to wash their face and rinse their eyes," Calello said. "If they're having trouble breathing, we tell them to go to [the] hospital, [and] if we can tell [on the phone that] they can't breathe and sound sick, we send an ambulance to their address."

In 2012, there were 4,876 emergency-room visits due to "pool-chemical-associated health events" in the U.S.,  according to the Centers for Disease Control and Prevention.