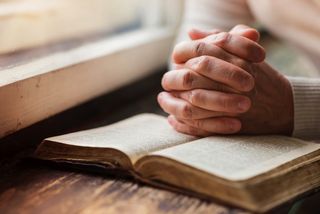 Being religious may come with a longevity boost, a new study suggests.

The findings held even after the researchers took into account each person's biological sex and marital status, two factors that are known influence life span. Indeed, women live about 4.8 years longer than men, on average, but the effect of religion on life span came close to matching this, the researchers said.

"Religious affiliation had nearly as strong an effect on longevity as gender does, which is a matter of years of life," study lead author Laura Wallace, a doctoral student in psychology at The Ohio State University, said in a statement.

The study agrees with previous research linking religion with health benefits. For example, existing research has found that attending religious services is tied to a longer life span. However, these earlier studies often used people's self-reports of service attendance, and it's unclear how accurate those reports are. In contrast, in the new study, religious affiliation was reported by the obituary writer. [8 Ways Religion Impacts Your Life]

Still, the researchers noted that their study found only an association and did not determine whether being religious causes a boost in longevity or whether healthier people tend to be more religious.

The study was published online today (June 13) in the journal Social Psychological and Personality Science.

For the study, the researchers analyzed about 1,100 obituaries from 42 major U.S. cities published online between 2010 and 2011. A person was determined to have a religious affiliation if the obituary mentioned religious activities. The researchers also noted the person's age, sex and marital status, as well as the number of social and volunteer activities listed.

Further analysis revealed that volunteering and involvement with social organizations explained part but not all of the link between religion and longevity.

Lifestyle factors could also help explain the link. Many religions have rules that restrict unhealthy practices, such as alcohol and drug use, which may play a role in longevity, the researchers said. In addition, "many religions promote stress-reducing practices that may improve health, such as gratitude, prayer or meditation," said study co-author Baldwin Way, an associate professor of psychology at Ohio State.

However, the study was not able to assess lifestyle factors or stress-reducing practices based on the obituary reports. So, more research is needed to look at the role those factors play in the relationship between religion and longevity, the researchers said.

Interestingly, the study also suggested that the overall level of religiosity in a city, and how much residents in the city value conformity to social norms, may also affect the link.

The researchers called this a "spillover" effect, in which the positive health benefits of religion spill over into the nonreligious population. In other words, in these situations, nonreligious people may be positivity influenced by being in a religious environment, without being religious themselves, possibly due to effects of religion on mental and physical health in the community.

Still, these findings are preliminary and need to be replicated in other studies, the researchers said.