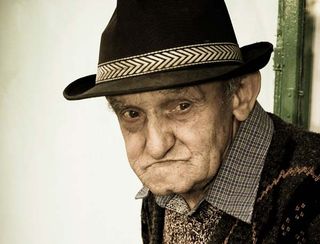 Bad vision and other physical ailments aren't the only things that seem to get worse as people grow old. Self-esteem also declines around the age of retirement, a new study finds.

The study involved 3,617 American men and women ranging in age from 25 to 104. Self-esteem was lowest among young adults, but increased throughout adulthood, peaking at age 60, before it started to decline.

Several factors might explain this trend, the researchers say.

"Midlife is a time of highly stable work, family and romantic relationships. People increasingly occupy positions of power and status, which might promote feelings of self-esteem," said study author Richard Robins of the University of California, Davis. "In contrast, older adults may be experiencing a change in roles such as an empty nest, retirement and obsolete work skills in addition to declining health."

The participants were surveyed four times between 1986 and 2002. They were asked  to rate their level of agreement with statements such as: "I take a positive attitude toward myself," which suggests high self-esteem; "At times I think I am no good at all," and "All in all, I am inclined to feel that I am a failure," which both suggest low self-esteem.

Subjects also indicated their demographics, relationship satisfaction, and whether they had experienced stressful life events, including suddenly losing a job, being the victim of a violent crime, or experiencing the death of a parent or child.

Future research should further explore these ethnic differences, which might lead to better interventions aimed at improving self-esteem, the study authors say.

Education, income, health and employment status all had some effect on the self-esteem trajectories, especially as people aged.

"People who have higher incomes and better health in later life tend to maintain their self-esteem as they age," Orth said.

"We cannot know for certain that more wealth and better health directly lead to higher self-esteem, but it does appear to be linked in some way. For example, it is possible that wealth and health are related to feeling more independent and better able to contribute to one's family and society, which in turn bolsters self-esteem."

People of all ages in satisfying and supportive relationships tend to have higher self-esteem, according to the findings.

"Thus, being in a happy relationship does not protect a person against the decline in self-esteem that typically occurs in old age," said study author Kali H. Trzesniewski of the University of Western Ontario.

With medical advances, the drop in self-esteem might occur later for baby boomers, Orth said. Boomers might be healthier for longer and, therefore, able to work and earn money longer.

The results are published in the current issue of the Journal of Personality and Social Psychology.