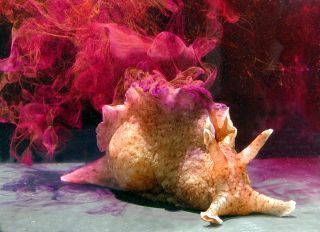 A new study strongly suggests that at least some memories are stored in genetic code, and that genetic code can act like memory soup. Suck it out of one animal and stick the code in a second animal, and that second animal can remember things that only the first animal knew.

That might sound like science fiction or remind some readers of debunked ideas from decades past. But it's serious science: In a new study, researchers at the University of California, Los Angeles (UCLA) extracted RNA, a genetic messenger molecule, from one snail and implanted it in another snail. Then, for good measure, they dribbled that same RNA over a bundle of loose neurons in a petri dish. In both experiments, the recipient — either the snail or the petri-neurons — remembered something the donor snail had experienced.

The memory was simple, the kind of thing even a snail's reflex-based, brainless nervous system can hold onto: the shock of an electric zap in the butt. [10 Things You Didn't Know About The Brain]

When Aplysia californica sea snails get zapped in the tail, they send signals through their simple nervous systems: Retract the parapodia!

At that signal, the little fleshy flaps hanging from their little snail bellies retract.

Shock a snail often enough, and it will remember that it's been getting zapped a lot lately, and its parapodia will retract for longer and longer periods of time. That's a simple behavior based on a simple memory. And in the new paper, published today (May 14) in the journal eNeuro, the UCLA scientists showed that they can suck that memory out of one snail in the form of RNA and stick it in another.

"All [that the recipients] were exposed to was RNA from a trained animal [a snail with the zap memory] or an untrained animal, or in some cases, just the chemical we used to deliver the RNA," said David Glanzman, said lead study author David Glanzman, a neuroscientist and integrative biologist at UCLA.

"This is important, because it says it's not just [any implanted RNA] that is producing widespread excitability in neurons," Glanzman told Live Science.

Instead, snails with RNA from other snails that had been shocked — and from only those snails — acted just like they had received those initial "teaching" tail shocks themselves.

Glanzman and his colleagues were able to see the effect on an even more basic level in their bundle of snail neurons in a petri dish. When the researchers bathed the neurons in RNA from a trained snail for 24 hours, then doused the cells in the chemical messenger that means "butt zap!" (in snails, that chemical is serotonin), the neural cells fired wildly, telling their nonexistent parapodia to retract.

When the neurons were bathed in RNA from untrained snails, the nerve cells' reactions were shorter and less intense.

"This paper describes potentially transformative findings on whether memory could be transplanted through transcriptome [genetic] transfer," said Sathya Puthanveettil, a neuroscientist at the Scripps Research Institute in California who studies memory, but who was not involved in the study.

There's been a long-simmering debate in neuroscience about whether the essential units of memory are stored primarily in the "transcriptome" (the long molecules inside cells also used to record genes) or the "connectome" (the network of links between nerve cells).

The transcriptome was more popular in the 20th century, when scientists tried and failed to hunt down "memory RNA" in cruder experiments that broadly resembled Glanzman's. Eventually, however, that idea fell into disfavor, and more and more research and funding turned toward the connectome. Today, there are several active attempts to map the connectome in humans, and certain researchers even suggest that the connectome could be used to preserve human memories after death — though this has yet to be proven.

But connectome studies — including the mapping of the entire connectome of the worm Caenorhabditis elegans have failed to produce conclusive, predictive evidence of the stuff of memory, and so some scientists have looked less favorably on that work as well.

Indeed, Glanzman is something of a partisan in that debate, and he said he sees his experiment as evidence for his side.

"In my opinion, we're spending way too much time and money studying synaptic connections, and way not enough money studying these RNA-based changes and epigenetics," or changes in how cells interact with their genetic code, he said.

This apparent demonstration of the stuff of memory in snails represents a powerful argument for that cause. Still, it's important to keep in mind that this is just one experiment.

"At the moment, we do not have much mechanistic insight about how this memory transfer is achieved," Puthanveettil told Live Science. "We would need more confirmatory experiments to validate these findings in other models."

In other words, scientists don't know at all how this transfer happened, and it's possible there's something going on in this experiment they don't understand.

Right now, there's a lot more work to be done before scientists can say they've found the stuff of memory. Importantly, the type of memory transferred here, the sensitization of a reflex, is among the most basic that exists.

Glanzman said the next step in this research is to attempt similar feats of memory transfer involving more-complex kinds of memories in more-complex animals, like mice.