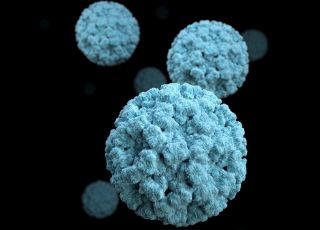 There may be more than 1.67 million unknown viruses infecting the animals of Earth — and scientists want to find them.

In a research letter published in the journal Science this week, an international team of scientists described a sweeping new partnership called the Global Virome Project, scheduled to launch later this year. The project's goal: to spend the next 10 years identifying, studying and hopefully preventing hundreds of thousands of unknown animal-borne viruses from causing the next global disease pandemic.

"Our ability to mitigate disease emergence is undermined by our poor understanding of the diversity and ecology of viral threats," the researchers wrote. "A Global Virome Project (GVP) … will help identify the bulk of this viral threat and provide timely data for public health interventions against future pandemics." [The 9 Deadliest Viruses on Earth]

From avian flu to Zika, zoonotic diseases — or diseases that primarily exist in animals but can be transmitted to people — have been responsible for many of history's most deadly disease outbreaks. Indeed, these are the "prime candidates for causing the next great pandemic," the researchers wrote. "However, if these viruses are our enemy, we do not yet know our enemy very well," they added.

There are roughly 260 animal-borne viruses known to infect humans, the researchers wrote, and this smidgen of known pathogens may account for less than 0.01 percent of the total number of zoonotic viruses that humans could potentially contract. Data from past pandemics suggests there may be close to 1.67 million unknown viruses out there, and somewhere between 631,000 and 827,000 of these could potentially infect humans.

The GVP will aim to bridge that knowledge gap, hopefully identifying 99 percent of those unknown pathogens within the next decade. Doing so will require a global effort to develop new, well-funded virus research projects, as well as protocols to more seamlessly share research across borders. (It is uncertain how many countries will participate in the GVP initiative, but representatives from "Asia, Africa, the Americas, and Europe" have been meeting to discuss the project since 2016, the researchers wrote.)

The cost of the endeavor won't be cheap: more than $7 billion. "However, previous work shows that viral discovery rates are vastly higher in the early stages of a sampling program," the researchers wrote. About 70 percent of the target viruses could likely be identified in the next 10 years with just $1.2 billion in funding, they said. Only the rarest viruses with the least likely odds of spilling over into human populations would remain.

Still, preventing even a single global pandemic could provide a 10:1 return on this investment, the researchers wrote. The total global cost of the 2002 severe acute respiratory system (SARS) outbreak, for example, was estimated to be about $40 billion.

Funding to create an administrative hub for the GVP initiative has been identified, the researchers wrote, and fieldwork in the first two countries — China and Thailand — is planned to begin later this year.