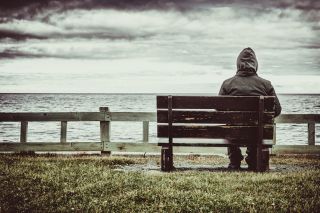 There's a new minister in the United Kingdom, and the position's theme song might as well be The Beatles' hit song "Eleanor Rigby," which implores the public to "look at all the lonely people."

More than 9 million people in the United Kingdom report that they often or always feel lonely, according to a December 2017 report from the Jo Cox Commission on Loneliness. This report prompted U.K. Prime Minister Theresa May to appoint politician Tracey Crouch as the new minister of loneliness yesterday (Jan. 17), according to The New York Times.

In doing so, the government is acknowledging years of research showing that loneliness can be detrimental to people's health. [9 DIY Ways to Improve Your Mental Health]

For instance, feeling lonely may increase a person's chances of getting sick, a 2015 study in the journal Proceedings of the National Academy of Sciences found. That's because chronic loneliness may trigger cellular changes that reduce a person's ability to fight viral infections, Live Science previously reported.

And if you're already sick with a cold, loneliness may make it worse, a 2017 study found. Feeling isolated can also have grave consequences: Loneliness was linked to a 26 percent increased likelihood of dying earlier, compared with people who weren't lonely, according to a 2015 meta-analysis in the journal Perspectives on Psychological Science.

Lonely people can also overload the health care system. Some people who feel lonely head to the hospital during the holidays, even when they are healthy, a 2010 essay in the journal The Lancet said.

"For far too many people, loneliness is the sad reality of modern life," May said in a statement, according to The New York Times. "I want to confront this challenge for our society and for all of us to take action to address the loneliness endured by the elderly, by carers, by those who have lost loved ones — people who have no one to talk to or share their thoughts and experiences with."

Last year's report on loneliness was commissioned by the Red Cross and the Co-op, a cooperative supermarket chain. It was published by the Jo Cox Commission on Loneliness, which honors the Labour Party politician who was killed by a right-wing extremist in 2016, according to The New York Times. Before her death, Cox set up a commission that would help the country assess and address loneliness in the United Kingdom, The New York Times reported.

The minister of loneliness isn't the only position affiliated with a feeling. In the past few years, several countries, including the United Arab Emirates and India, have appointed a minister of happiness, according to news reports.