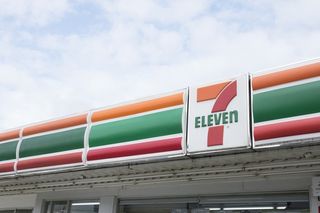 Up to 2,000 people in Utah who visited a 7-Eleven store may have been exposed to hepatitis A, officials warned this week. But exactly how do people contract the disease?

On Sunday (Jan. 7), the Salt Lake County Health Department announced that a 7-Eleven employee in West Jordan had worked while sick with hepatitis A. Because of this, customers of that store may be at risk for hepatitis A exposure if they visited the store from Dec. 26 to Jan. 3 and used the restroom there, or consumed certain food or drink items. These items include fountain drinks or other self-serve beverages, fresh fruit or hot food items such as pizza, hot dogs, chicken wings or taquitos, the health department said. Customers are not at risk for hepatitis A exposure if they bought items such as bottled beverages or packaged food.

Hepatitis A is a contagious liver infection caused by the hepatitis A virus, according to the Centers for Disease Control and Prevention. [27 Devastating Infectious Diseases]

In general, people become infected with hepatitis A through the "fecal-oral" route — that is, when small amounts of stool from an ill person contaminate objects, food or drinks that are then touched and ingested by another person, the CDC says.

People can also contract the disease through close contact with an infected person, such as through sex or caring for someone with the virus; or through the sharing of equipment related to illicit drug use (including both injection and non-injection drugs), the CDC says.

Symptoms of hepatitis A infection can range from mild to severe, and include fever, fatigue, nausea, vomiting, dark-yellow urine, joint pain and jaundice (a yellowing of the skin and eyes), according to the CDC. People usually don't show symptoms until two to six weeks after they've been infected with the virus.

People with the infection usually get better on their own without a specific treatment, but in some cases, the infection can lead to liver failure, particularly in older adults or people who have other liver diseases, according to the National Institutes of Health.

In the Utah case, officials are urging customers who are at risk for hepatitis A exposure (either because they used the restroom or consumed specific food items) to contact the health department for information about receiving the vaccine.

The vaccine can prevent hepatitis A infection, but those who've been exposed to the virus must receive it within a short time after the exposure for it to be effective, according to the Salt Lake County Health Department.

As of Monday (Jan. 8), about 250 people in the area had contacted the health department and been told they should get a hepatitis A vaccine because of possible exposure at the 7-Eleven, according to local news station Fox 13 in Salt Lake City.

The 7-Eleven employee case appears to be part of a larger hepatitis A outbreak in the Salt Lake County area, which started in August 2017. The 7-Eleven involved in this case has now been sanitized, the health department said.