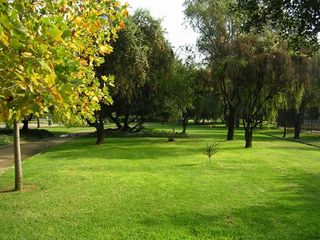 Green spaces with trees or some grass can help our brains reboot, improving our psychological health, researchers are finding.
(Image: © stock.xchng)

Scientists have discovered the female sex hormone progesterone in a walnut tree, shaking up what's known about the different between plants and animals.

Until now, scientists thought that only animals could make progesterone. A steroid hormone secreted by the ovaries, progesterone prepares the uterus for pregnancy and maintains pregnancy. A synthetic version, progestin, is used in birth control pills and other medications.

"The significance of the unequivocal identification of progesterone cannot be overstated," write Guido F. Pauli and colleagues in the American Chemical Society's Journal of Natural Products. "While the biological role of progesterone has been extensively studied in mammals, the reason for its presence in plants is less apparent."

They speculate that the hormone, like other steroid hormones, might be an ancient bioregulator that evolved billions of years ago, before the appearance of modern plants and animals. The new discovery may change scientific understanding of the evolution and function of progesterone in living things.

Scientists previously identified progesterone-like substances in plants and speculated that the hormone itself could exist in plants. But researchers had not found the actual hormone in plants until now. Pauli and colleagues used two powerful laboratory techniques, nuclear magnetic resonance and mass spectroscopy, to detect progesterone in leaves of the Common Walnut, or English Walnut, tree. They also identified five new progesterone-related steroids in a plant belonging to the buttercup family.