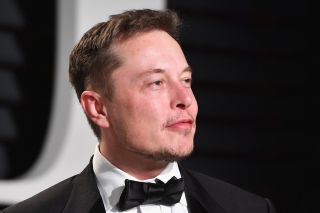 Tesla CEO Elon Musk, perhaps the world's most famous futurist, has made a career of pursuing far-fetched projects that have one leg planted firmly in science fiction. SpaceX aims to colonize Mars. The Boring Company wants to dig tunnels to transport cars at high speeds along sliding electric skates. And Hyperloop is planning to rocket commuters from San Francisco to Los Angeles in pods traveling at supersonic speeds.

Musk's latest venture, Neuralink, is no less ambitious, with a stated mission to develop "ultrahigh-bandwidth brain-computer interfaces" that will ultimately merge man and machine. The startup, founded in 2016 as a medical research company, made headlines this week with the news that it’s collected $27 million in funding, according to a filing with the US Securities and Exchange Commission. On Twitter, Musk denied that the company is seeking outside investors. In March, the Wall Street Journal reported that Musk was funding Neuralink out of his own pocket.

Not much is known about Neuralink beyond Musk's few public comments about the potential of brain-computer interfaces to accelerate human evolution. Musk sees real danger in artificial intelligence — he’s called AI a "fundamental risk to the existence of human civilization" — and believes that the best way to keep pace with machine intelligence is to upgrade human intelligence.

"Over time I think we will probably see a closer merger of biological intelligence and digital intelligence," Musk told audience members at the World Government Conference in Dubai, proposing a high-bandwidth digital interface that can be interlaced with the brain to transmit data at the speed of thought.

Musk elaborated on the brain-computer interface — also known as a neural lace — in an interview published on the blog Wait But Why. In it, he said that the immense creative capacity of the human brain is constrained by the need to compress our highly complex thoughts into speech or typed text.

"That's what language is — your brain has executed a compression algorithm on thought, on concept transfer," Musk said in the interview. "If you have two brain interfaces, you could actually do an uncompressed direct conceptual communication with another person."

The idea is that by establishing a direct link into someone’s else's thoughts — or even better, a massive interconnected network of thoughts — we will greatly speed the pace of scientific innovation and creative output, dreaming up solutions to the world’s most pressing problems and opening up entirely new spheres of entertainment and social interaction.

Musk is far from the first to imagine a machine-augmented future. Neuroscientists and bioengineers have been tinkering with brain-computer connections for 50 years. Some of the most promising results have come from working with people with disabilities. A cochlear implant is essentially a computer-brain interface that restores hearing in profoundly deaf people by capturing audio through a microphone and sending electronic signals directly to the brain. Stroke victims and other people suffering from paralysis have used head-mounted EEG readers to control robotic arms and robot avatars using only their thoughts.

In fact, reports indicate that Neuralink's initial focus will be on medical and therapeutic applications for interfaces that will help people with brain and spinal cord injuries regain movement and functionality. That's the same tack being taken by Kernel, another mind-machine startup launched by Braintree founder Bryan Johnson. Johnson has invested $100 million of his own money to develop medical applications like "brain chips" to cure epilepsy and Alzheimer's, but his ultimate goal, like Musk, is augmented cognition for all.

Experts say there are huge obstacles to overcome and likely decades to go before healthy people will be equipped with computer upgrades. Researchers with the Center for Sensimotor Neural Engineering wrote in April that even today’s best neural implants are extremely blunt tools that only allow us to listen to specific parts of the brain, not the entire complex network of neural signals. Plus, implanting wiring directly into the brain — which would be required for the level of sensitivity that Musk is envisioning — is a high-risk surgery that's currently reserved for only the most severe cases.

That's not to say that brain-computer interfaces will never achieve the lofty goals of startups Neuralink and Kernel. More players in the tech space will likely push the development of things like biocompatible circuitry, or "co-adaptive" brain-computer interfaces that learn how to speak the brain’s language while the brain learns how to interpret new types of electrical information.

The question is, which will come first, a network of augmented minds or a colony on Mars?