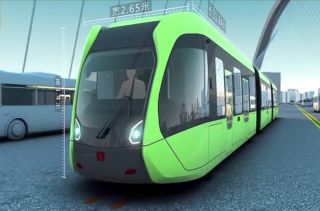 A train that doesn't run on physical tracks and that has no driver could soon carry commuters in China, according to news reports.

The ART has been in development since 2013, and CRRC plans to deploy the system in 2018, reported The Independent.