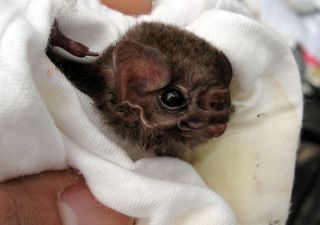 A man in Brazil died of rabies in May after a vampire bat bit him.

The man, who lived in the northeastern Brazilian city of Salvador, was one of many people in the area bitten by bats. Brazilian news agency Agência Brasil reported that the bloodsucking bats have bitten 40 people since March.

Vampire bats were not thought to prey on humans, but Brazilian researchers recently found that one species of vampire bat (Diphylla ecaudata) had expanded its palate beyond birds, to human blood.

These bats can carry and spread the rabies virus, and indeed, the man who died caught rabies from the bat that bit him. But what happens when a person gets rabies, and how does the virus kill? [27 Devastating Infectious Diseases]

The rabies virus can have a long incubation period, said Dr. Amesh Adalja, an infectious-disease physician and a senior associate at the Johns Hopkins Center for Health Security, who was not involved in the Brazilian man's care. In some cases, it can take months after a person is infected with the virus for symptoms to appear.

The length of the incubation period depends, in part, on where a person is bitten, Adalja told Live Science. The rabies virus travels through a person's nerve cells until it reaches the central nervous system and enters the brain, so it will take longer to get there if a person is bitten on the toe than, say, the face.

Once the virus gets to the central nervous system, a person will have general symptoms associated with viral infections, such as a fever and a headache.

But rabies is different from other infections, because as this infection gets worse, a person experiences changes in personality, including alterations in how he or she thinks, along with agitation and delirium, Adalja said. People infected with rabies may also develop hydrophobia, or a fear of water. These severe symptoms generally begin about two weeks after a person experiences the initial symptoms of the infection, Adalja said.

If a person has been bitten by an animal that could be rabid, it's important to immediately seek medical attention, Adalja said. The infection can be nipped in the bud using "post-exposure prophylaxis" — in other words, giving someone the rabies vaccine after he or she has been bitten.

Post-exposure prophylaxis is extremely effective, Adalja said, but it's essential that patients get the treatment before symptoms start.

Once a person starts having symptoms, rabies is nearly impossible to treat, and is fatal. Only one type of treatment, called the Milwaukee protocol, has ever been shown to work to treat rabies and save the lives of people infected, Adalja said. That treatment involves putting a person in a medically induced coma and giving the individual antiviral drugs. But the treatment has been used in only a handful of cases, and there is significant debate in the medical community about whether it is effective.

About 59,000 people worldwide die from rabies each year, according to the Centers for Disease Control and Prevention. On average, there are one to three rabies cases reported yearly in the U.S.