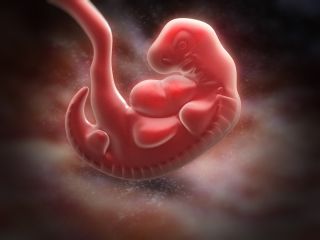 For nearly 40 years scientists have observed their self-imposed ban on doing research on human embryos in the lab beyond the first two weeks after fertilization. Their initial reasoning was somewhat arbitrary: 14 days is when a band of cells known as a primitive streak, which will ultimately give rise to adult tissues, forms in an embryo. It is also roughly the last time a human embryo can divide and create more than one person, and a few days before the nervous system begins to develop. But the so-called 14-day rule has held up all this time partly because scientists could not get an embryo to grow that long outside its mother's body.

Researchers in the U.K. and U.S. recently succeeded for the first time in growing embryos in the lab for nearly two weeks before terminating them, showing that the so-called 14-day rule is no longer a scientific limitation—although it remains a cultural one. Now, a group of Harvard University scientists has published a paper arguing that it is time to reconsider the 14-day rule because of advances in synthetic biology.

The U.S. has no law against growing embryos beyond two weeks—as long as the research is not funded with federal dollars. But most scientific journals will not publish studies that violate the 14-day rule, and the International Society for Stem Cell Research requires its members to agree to the rule in order to qualify for membership.

The guideline, first proposed in the months after Louise Brown became the first baby to be born via in vitro fertilization in 1978, assumes that development always follows a linear path: a fertilized egg forms an embryo, which grows and develops each day. But thanks to advances in synthetic biology, the scientists warn in the new paper that researchers will someday be able to skip such developmental steps—creating humanlike collections of organs that do not have to go through these early embryonic stages of development. "We can get so distracted by the apparent issues with embryos that we might miss issues more likely to have a huge impact on society and commercial and governmental policies," says George Church, the Harvard Medical School synthetic biologist and geneticist who is the senior author of the article, published Tuesday in eLife.

Church says he does not think any team is working to make an advanced-stage human embryo in a lab. But his own work suggests the 14-day rule does not provide adequate guidance for synthetic biologists, who take an engineering approach to understanding and manipulating life. Six years ago, for instance, researchers in his lab tried to grow human stem cells on an embryonic scaffold to see if the cells would develop into various organs. That particular attempt didn't work, he says, but someday research on such "synthetic human entities with embryolike features" or SHEEFs, might succeed.

In addition, scientists in his lab and others are making primitive "organoids"—mini organs made to work like the kidney, lung, heart or even the brain—that could be used to test drugs or someday even replace failing body parts. It is not unreasonable, Church says, to envision a time when a scientist could create organoids from a number of different organs to see how a drug affects multiple organ systems or when someone could make a cluster of nerve cells in a dish capable of sensing what we call pain.

Now is the time to begin a public discussion on experiments such as these, Church argues, before it is scientifically viable and poses an ethical challenge to the 14-day rule.

Not surprisingly, these ideas have triggered some opposition among bioethicists. The Rev. Tadeusz Pacholczyk, a neuroscientist and director of education at the National Catholic Bioethics Center in Philadelphia, wrote via e-mail that any research on embryos or something like them is unethical, regardless of the 14-day rule. "In cases of doubt, where one has a suspicion but not certainty that one might be engendering an embryonic human, such experiments should not be continued," he wrote.

Others, however, praised Church for starting the discussion before the science catches up with it. "I think it's a service to write a paper like this," says Josephine Johnston, director of research at the Hastings Center, a nonpartisan bioethics research institution. "Not every scientist wants to draw attention to why their research may cross some boundaries."

The work of synthetic biologists poses particular ethical challenges in part because their models are getting more and more accurate, says Insoo Hyun, a bioethicist at the Case Western Reserve University School of Medicine. "Now we're getting into experiments that call into question some of our deepest beliefs philosophically about what it means to be human and what it means to deserve moral respect." Between synthetic biology and artificial intelligence a future might not be far off in which we have to ask whether something created in a lab is truly alive, Hyun says, conjuring up images of Mary Shelley's Frankenstein. Having a discussion ahead of time should help prevent decision-making based on gut instinct of what seems offensive versus well-reasoned arguments, Hyun notes.

The eLife paper comes at a busy time in bioethics. Earlier this month researchers at the University of Cambridge published a mouse studyshowing that they could create a natural-looking embryo—starting not with eggs and sperm but with embryonic stem cells that can become any tissue in the body as well as trophoblast stem cells, which give rise to the placenta. If these results could be reproduced with human cells, it would pose some serious ethical questions.

And earlier this year the National Academy of Sciences and the National Academy of Medicine issued a report updating guidance on editing the human germ line—cells that can pass on their genetic material to future generations—which has long been another ethical line in the sand for researchers. Its expert committee concluded that it remains too risky to change an embryo's genes for the sake of enhancing a person's abilities. The group did, however, articulate a set of criteria by which modifying the human germ line would someday be permissible for treating or preventing disease. Although they kept the door locked against such genetic modification, their conclusions allowed scientists to metaphorically knock on that door, says committee member Jeffrey Kahn, director of the Johns Hopkins Berman Institute of Bioethics. "We didn't even think about knocking on the door before."

There is no international body in place to make or revise guidelines such as the 14-day rule. In the U.S. the National Academy of Sciences or a presidential commission on bioethics has traditionally made ethical recommendations about scientific research, with Congress sometimes blocking federal funding. Some other countries have standing committees, such as the U.K.'s Human Fertilization and Embryology Authority, which regulate embryonic research. Synthetic biology falls between the cracks, though, with no one having such clear authority to regulate the work, Church and his colleagues wrote in the eLife paper.

Church says he has seen more problems arise from underregulation of science rather than overregulation, citing the death of three early gene therapy patients and earlier from the drug thalidomide, which was sold to prevent morning sickness but led to terrible birth defects. Church says he does not know where new boundaries should be drawn to contain future synthetic biology research—but instead of a stop sign at the end of the research road, like the 14-day rule, his team imagines a perimeter fence to keep scientists from straying too far from an ethical path.

George Annas, director of Boston University School of Public Health's Center for Health Law, Ethics and Human Rights, says he is glad Church and colleagues are flagging this research, which might otherwise be overlooked. He also agrees that recent advances in stem cell science, genetics and synthetic biology suggest it is time to question whether the 14-day rule has outlived its usefulness: "I think it's a fair question," he says.