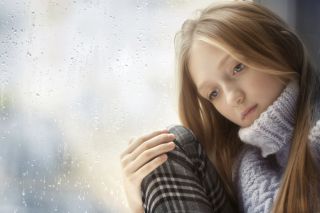 Depression is on the rise in U.S. teens, a new study finds.

Between 2005 and 2014, the percentage of teens who reported having a major depressive episode in the past year increased from 8.7 percent to 11.3 percent, according to the study.

"Each year, almost one in 11 adolescents and young adults has [a major depressive episode]," the researchers wrote in the study, published Monday, Nov. 14, in the journal Pediatrics.

As defined by psychologists, a person has a major depressive episode when he or she has symptoms of major depressive disorder, including depressed mood or feelings of emptiness, hopelessness or irritability, that last for two weeks or more. [8 Tips for Parents of Teens with Depression]

The researchers, led by Dr. Ramin Mojtabai, a professor of mental health at Johns Hopkins Bloomberg School of Public Health in Baltimore, noted that there were significant increases in the rates of major depressive episodes in teens between 2005 and 2014, but that the largest increases occurred after 2011. In other words, the rates in teens were relatively stable between 2005 and 2011, and then increased.

Indeed, an earlier report from the Substance Abuse and Mental Health Services Administration noted an uptick in major depressive episodes in teens from 2013 to 2014.

In that report, the researchers found that the rates of depression in teens across the U.S. ranged from 8 percent in some states to more than 14 percent in others. [Map: Major Depressive Episodes in Adolescents, 2013 to 2014]

Considering the lack of change in people ages 21 to 25, the researchers of the new study concluded that the increased rates were limited to those ages 12 to 20. In addition, the researchers found that the rates of major depressive episodes increased more in girls than in boys.

Despite the increase in rates of depression, the researchers did not observe any changes in mental health treatment for adolescents or young adults, the study said.

"The growing number of depressed adolescents and young adults who do not receive any mental health treatment for their [major depressive episode] calls for renewed outreach efforts," the researchers wrote.