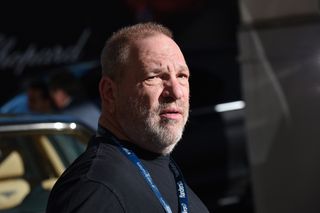 Last week, The New York Times reported that Hollywood producer Harvey Weinstein had reached at least eight settlements with women who accused him of sexual harassment and unwanted physical contact.

The allegations go back almost three decades, according to the Times, but why do women often wait to speak out about sexual assault? Last fall, for example, women came forward with allegations that then-candidate Donald Trump had sexually assaulted them years earlier.

Just because a victim doesn't come forward right away about sexual assault doesn't mean the accusations are untrue, said Yolanda Moses, a professor of anthropology at the University of California, Riverside and a consultant/trainer for preventing sexual harassment and sexual assault. [5 Misconceptions About Sexual Assault]

Indeed, there are many reasons why victims of sexual assault may hesitate to speak out immediately after an incident.

Society tends to blame victims — female victims, in particular — for what happens to them, Moses told Live Science. In several recent rape cases, for example, the victim was accused of "ruining" the man who committed the assault, Moses said.

Instances such as these demonstrate that there's still a lopsided nature to our society and that women are devalued, Moses said.

There's also an outdated cultural belief that "good women don't get raped," Moses said. Such beliefs can lead victims to think that the sexual assault might have been their own fault, she said. People ask victims questions such as, "Why were you in that place at that time?" and "Why did you go to that person's room?" Such questions can shift the blame to the victim rather than the perpetrator, she said.

In addition, speaking out about an instance of assault can be very painful and cause personal embarrassment, Moses said.

A person may not want to relive the experience, Moses said. When a person speaks out, he or she has to relive the event over and over again, by telling the story of the assault to police officers and juries, for example, Moses said. This can be an even more harrowing experience if people don't believe the victim, she added.

And it's particularly difficult if a victim is accusing a high-power individual in society, or someone who has power over their life, Moses said.

Instead, for many reasons, the victim may feel that it could be easier to try to move on from the assault without speaking up, she said.

Moses noted that the majority of sexual assaults are perpetrated by someone the victim knows, which can make it harder to speak out.

There's a burden from society upon people who speak out, she said.