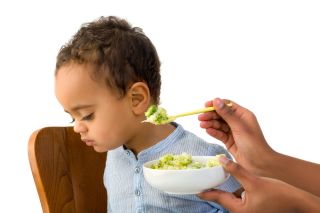 There's good news for frustrated parents trying to get their kids to eat their vegetables (or go to sleep, or clean their rooms): Science shows that using reverse psychology can, indeed, work.

Reverse psychology is part of a phenomenon of psychology called "reactance," said Jeff Greenberg, a professor of social psychology at the University of Arizona.

The idea of reactance is that people are deeply motivated to protect their freedoms, Greenberg said. When people feel that their freedom is threatened — for example, they think someone is taking away their ability to make their own choices — they react against that threat, he said. Thus, they may feel angry or defensive and try to reverse the threat, he said. [10 Scientific Tips for Raising Happy Kids]

Greenberg noted that using reverse psychology doesn't always work. It is more likely to work on people who are more prone to reactance, he said.

People who are irritable, stubborn and emotional tend to be more prone to reactance, Greenberg said.  People who are more agreeable and compliant, on the other hand, tend to be less prone, he said.

There's also some limited evidence that men are a little more prone to reactance than women, he added.

The other classic example is adolescence. When teens are rebelling against their parents, they may be susceptible to reverse psychology, Greenberg said. That's a time period when parents say one thing, and teens want to do the opposite, he said. [10 Facts Every Parent Should Know About Their Teen's Brain]

The other thing about children, particularly younger children, is that they are less cognitively developed, and thus may not realize that their parents are using reverse psychology on them, adults are more likely to see through it, Greenberg noted.

But there's no reason to say it won't work on adults; it just has to be very subtle, Greenberg said.