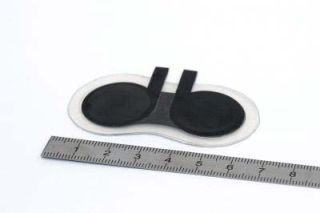 The small, thin battery comes out of the printer and can be applied to flexible substrates.
(Image: © Fraunhofer ENAS)

A new battery, small and thin, weighs almost nothing and can be printed in a process similar to silk-screening shirts.

The printable battery is expected to be cheap and easy to mass produce and could be used in disposable receipts or cards, engineers in Germany announced today.

"Our goal is to be able to mass produce the batteries at a price of single digit cent range each," said Andreas Willert, of the Fraunhofer Research Institution for Electronic Nano Systems ENAS, where Reinhard Baumann led the battery's development.

The battery weighs less than 1 gram and is less than 1 millimeter thick. It runs at 1.5 volts. Placing several in a row can produce up to 6 volts.

A standard AAA battery weighs about 11.5 grams and also runs at 1.5 volts.

The newly developed battery has a life span more limited than traditional batteries, however. Here are the technical details:

The battery is composed of different layers: a zinc anode and a manganese cathode, among others. Zinc and manganese react with one another and produce electricity. However, the anode and the cathode layer dissipate gradually during this chemical process. Therefore, the battery is suitable for applications which have a limited life span or a limited power requirement.

The battery new contains no mercury and so is said to be more environmentally friendly than some.

Actual products with the battery could be ready by the end of the year, the engineers said.