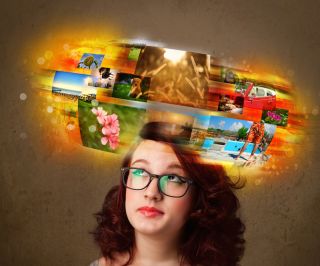 To increase your chances of remembering new information, you may want to exercise 4 hours after learning it, a new study suggests.

Researchers found that people who did a high-intensity workout on a spinning bike 4 hours after completing a memory task had better recall when they were retested two days later than men and women who pedaled the bike immediately after the task, and those who didn't exercise after the task at all, according to the findings published today (June 16) in the journal Current Biology.

The study showed that delaying exercise by 4 hours after learning has a "moderate" effect on memory, said Dr. Guillen Fernandez, a professor of cognitive neuroscience at The Donders Institute for Brain, Cognition and Behavior at the Radboud University Medical Center in the Netherlands. The findings showed that exercise improves memory performance and changes the way memories are stored in the brain, said Fernandez, who conducted the research with Eelco van Dongen, a postdoctoral student at the institute, and other colleagues. [5 Strange Facts About Memory]

The people who exercised 4 hours after learning new information showed, on average, about a 10 percent improvement in their memory retention, compared with people who worked out right after finishing the memory task and people who were inactive, Fernandezsaid.

In the study, the researchers recruited 72 men and women. Participants took a 40-minute memory test that involved viewing pictures of common objects presented in one of six locations on a computer screen, and then remembering what the object was and what position they saw it in.

After the memory task, one-third of the participants did a 35-minute, high-intensity workout on a stationary bike, another group waited 4 hours before doing the same cycling workout, and a third group did no exercise. [7 Cancers You Can Ward Off With Exercise]

Two days later, all of the participants completed the same memory test to evaluate their retention of the information. They retook the test while undergoing a brain scan, which allowed researchers to analyze their brain activity patterns during it.

The analysis showed that people who waited 4 hours before doing their workouts retained the most information two days later. The participants who did not exercise had the second-best performance, followed closely by those who exercised immediately after the task, according to the findings.

It's not clear why people who exercised immediately after the learning session did not do better than those who were inactive, Fernandez told Live Science. But he suspects that although exercise can release neurotransmitters, such as dopamine and noradrenaline, and that brain chemicals help enhance memory, the psychological effects of exercising immediately after learning might cause some interference between the studied information and the formation of new memories.

He noted that the researchers don't know if working out 4 hours after learning is the optimum period for memory retention, because only two other conditions – exercising immediately, and not exercising at all — were considered in the study.

The "4-hour window" should be taken with some caution and may not need to be strictly interpreted for exercise to be beneficial after learning, Fernandez said. To reap the memory-boosting rewards of a workout, more research needs to be done on the timing of the exercise session and the type of activity performed, he said.

It's possible the enhanced effect on learning might be larger if people worked out 2 hours after the memory task or by doing another form of exercise, Fernandez said. He plans to do a follow-up experiment to investigate how workouts done at different time intervals, such as 2 or 8 hours after learning, affect long-term memory.