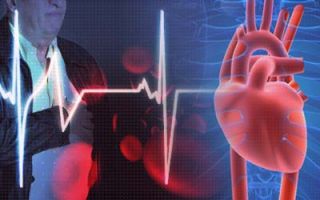 Top 10 Amazing Facts About Your Heart

Obese patients with heart disease do better and live longer than leaner patients with the same severity of disease, according to a study published last week in the Journal of the American College of Cardiology.

The study's authors, from the Ochsner Medical Center in New Orleans, refer to fat's seemingly protective effect in this regard as the "obesity paradox."

So surely it must be a good thing that 70 percent of Americans are overweight; this way they can better recover from the heart disease that they likely never would have had if they were thinner.

This new obesity paradox is the latest in a string of so-called paradoxes that doctors have stumbled upon in the last few decades, such as how carrying extra weight is better for some cancer treatments or being overweight can increase life expectancy among the elderly. When you add up all the paradoxes, you just might walk away with the notion that packing on the pounds is healthy.

But being overweight — which usually amounts to having a body mass index (BMI) of over 27 kg/m^2 — is never that healthy. And once you approach 40 BMI, your health really begins to plummet.

Successful heart disease treatment unfortunately trades mortality for disability. As reported in the Journal of the American Medical Association in 2007, yes, mortality is decreasing but the rate of disability begins to climb as BMI exceeds 30. People with Class III obesity, which is over 40 BMI, are nine times more likely than normal-weight individuals to be unable to walk a quarter mile, walk up one flight of steps, or stand from an armless chair. And as reported in Nature in 2008, mild obesity of 30 to 35 BMI increases life with disability by up to three years.

The price is staggering: In the United States obesity costs nearly $100 billion annually, roughly half in direct medical costs and half in lost productivity. Aging baby boomers with their higher BMI will place critical demands on healthcare.

Hippocrates had it right

The authors of the most recent obesity paradox study state that putting on extra weight is not an effective means of improving heart health. In fact, the lead author, Carl Lavie, in an editorial he published in 2003, delineated obesity's role in increasing blood pressure, triglycerides and "bad" cholesterol and subsequently dramatically increasing the risk of heart disease and heart failure.

The fact that overweight and obese patients do better with treatment is certainly a curious fact, but the reason likely is less to do with the healthiness of the obese patient and more to do with the unhealthiness of the thin patient. That is, if obesity is a cause of heart disease, then thinner people with heart disease might have developed it because of more complicated reasons, such as a genetic predisposition.

As a result of the Lavie-led study, intriguing theories will be entertained. For example, maybe fat cells secret hormones that are therapeutic during periods of stress. From an evolutionarily standpoint, fat storage was beneficial during bouts of food shortage and today might have therapeutic properties to combat modern bodily trauma, such as surgery or aggressive heart disease treatment.

Maybe such research will lead to drug development. But maybe Hippocrates had it right when he noted more than 2,400 years ago how sudden death simply is more common among the fat compared to the lean.