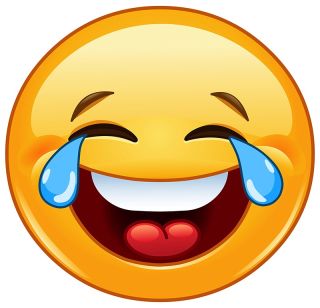 Sure, a picture's worth a thousand words, but when you use emojis, you may be saying something that you didn't intend.

For example, the researchers found that people who looked at the exact same emoji disagreed on whether the picture expressed a positive, neutral or negative feeling about a quarter of the time. And for 95 percent of emojis, people did not strongly agree on what sentiment the image expressed.

In addition, the study showed that interpreting emojis could be particularly problematic when the sender and the receiver are using different mobile platforms (for example, when the sender has an iPhone, but the receiver has a Samsung phone). That's because each platform has its own versions of emojis.

For example, when people viewed the iPhone version of the emoji character "grinning face with smiling eyes," they tended to interpret it as a mildly negative emoji, but when they viewed this emoji character as it appears on a Microsoft, Samsung or Google phone, they interpreted it as a positive emoji. [Smile Secrets: 5 Things Your Grin Reveals About You]

"Emoji are very popular in text communication, but we have shown that people do not interpret them in the same way," the researchers, from the University of Minnesota's GroupLens Research lab, wrote in their paper. This means that "emoji usage may be ripe for misconstrued communication," the researchers concluded.

The study involved 334 people who rated a total of 125 emojis. Participants were asked to rate the sentiment expressed by an emoji on a scale from –5 (strongly negative) to 5 (strongly positive).

People also used different words to describe the different renderings of the same emojis. For example, when describing he emoji "person raising both hands in celebration" people used words like “hand, celebrate,” for the Apple version, and words like “exciting, high” for the Microsoft version.

The findings suggest that "emoji users would benefit from convergence of emoji design across platforms," which could lower the likelihood of miscommunication, the researchers said.

Future studies may look at how people interpret emojis when they are in the context of a full text message, or whether people from different cultures also interpret emojis differently, the researchers said. In addition, because the new study only looked at anthropomorphic emoji (smiley faces, hands or people), future studies could also examine how people interpret non-anthropomorphic emojis.

The researchers will present the findings in May at the Association for the Advancement of Artificial Intelligence's Conference on Web and Social Media in in Cologne, Germany.