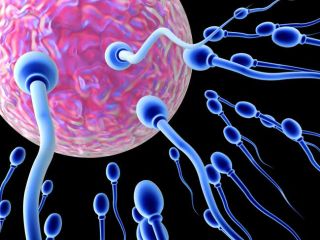 In the next few years, men may have more options for birth control than  ever before. Researchers are developing, and already testing, a number of new methods in China and India, and in Europe, an implantable on/off switch developed by a German carpenter is generating a lot of buzz. The switch, known as the Bimek SLV, has been tested on only one man so far — Clemens Bimek, the guy who invented it — but it's garnering a lot of attention.

I guess if you develop a new method for contraception, you should be the first to try it. But for the rest of us, there is too much at stake to experiment with birth control. With that in mind, here is a rundown of various methods: what's known, what's not known and what's next (including more on that on/off switch).

First, here is what we know works. You're probably well aware of these methods, but it's worth reiterating that these are the only tried and true methods on this list. So, if birth control is your goal, these are your best bets.

Vasectomy: A procedure used to block, cut or close the vas deferens, the tubes that carry sperm. Vasectomies are quick, relatively painless  and nearly 100 percent effective — eventually. It's important to remember that it can take several months for remaining sperm to completely clear the vas deferens. In the meantime, pregnancy is still possible. A doctor will conduct semen analysis tests in the months following the procedure, but men should remember to take additional birth control precautions until they get the "all clear" from their physician. A vasectomy is one of the most effective forms of birth control, but it does come with some risks. For example, the tubes could reconnect, or the procedure could result in chronic pain. Therefore, before undergoing a vasectomy, men should be sure to ask their doctor the right questions.

Condoms: When used properly, condoms are also nearly 100 percent effective. The problem is, men make mistakes, and user error is the biggest reason for driving down condoms' effectiveness to 82 percent. That means that, for every 100 couples that use only condoms as birth control, 18 will be shopping for cribs at some point this year. When it comes to condoms, patience and practice make perfect. Well, nearly perfect — so be careful to use them properly.

Abstinence or withdrawal: The only sure way to completely avoid pregnancy is to avoid having sexual intercourse. If that's not possible, the withdrawal method is 96 percent effective if you do it right, but only 73 percent effective if your timing is off. Also, though the jury is still out on a definitive answer, some experts believe that clear fluid that appears before ejaculation can contain enough sperm to cause pregnancy.

Do-it-yourself heat methods: There are a lot of anecdotes about the effectiveness of using heat as a natural contraceptive. It's imperative to remember, however, that these are not definitively proven methods of birth control. Some claim that sitting in a hot tub or sauna for an extended period of time works. Others claim that wearing tight, brief-style underwear raises the core temperature of the testes, which causes a decrease in sperm count.

In the 1950s, Dr. Martha Voegeli a Swiss physician and pioneer in the field of male contraception, had men in India sit in tubs of water heated to 116 degrees Fahrenheit (about 47 degrees Celsius). Taking 45-minute baths for 21 straight days resulted in six months of contraception, she claimed, although her work was never published. Others suggest that men expose themselves to incandescent light bulbs as a means of contraception, but in my opinion, that's not the brightest idea.

Herbal options for men: We are not there yet, but some claim there are herbal and natural supplements that come in pill form that can act as birth control. Gossypol, derived from cottonseed, has been studied in China, Africa and Brazil. It appears to be well tolerated and effective in low doses, but the National Institutes of Health cautions that the results of extended use may not be reversible. Tripterygium wilfordii is another herb that may hold promise. Derived from a vine that grows in southern China, it has been used to treat everything from fever to hepatitis to rheumatoid arthritis. Although it's been studied extensively in China, most studies have been in animals or are retrospective studies in men. The bottom line is that it may not be easy to find these herbs, and there are no absolute guarantees that they work.

The "on/off" switch: Technically known as the Bimek SLV, these small switches are surgically implanted just under the skin, and around the vas deferens, the tubes that carry sperm from each testicle. Through the skin, you can flip the switch "on," and sperm flow freely. Switch it to the "off" position, and much like turning off a faucet, the tubes are blocked, and the sperm is diverted. There is even a "safety lock" that requires pushing two buttons simultaneously to turn the switches back on. The switches are still in the testing stage and are likely years away from commercial use, but it's one of the more novel approaches to male contraception in decades. [Guys, Put a Cork In It: Tomorrow's Contraceptives ]

Vasalgel: Another approach that's showing promise is an injectable polymer called Vasalgel. Instead of performing a surgical vasectomy to sever the vas deferens, doctors inject a gel that blocks them. Sperm are too large to pass through the gel and are reabsorbed by the body. If a man wishes to reverse the process, he gets a second injection that dissolves the polymer and reopens the vas deferens tubes. The first clinical trial of Vasalgel is expected to begin this year.

Clean Sheets Pill: Researchers in the United Kingdom are hoping to develop a temporary, on-the-spot pill that men can take that may dramatically inhibit the release of semen. The pill was discovered inadvertently after researchers noticed side effects of common medications intended to treat conditions like high blood pressure and schizophrenia. Though it's only been tested in animals so far, it offers a variety of benefits: It's easy, it works (at least in animals), and the effects are immediate but temporary. The drawbacks? Will men really take responsibility for buying, carrying and stopping to take a pill before sex? A survey of Americans conducted by the Parsemus Foundation men found that 60 percent wanted to learn more about the pill, and 20 percent flat out said no, they would not take a pill — but 20 percent said they definitely would. That's a higher percentage than the portion of men who say they use condoms, so there still may be hope for the Clean Sheets Pill.

We may be years away from viable new options for male birth control, but we are moving in that direction. Most research is currently taking place in areas where birth control is more urgent due to population spikes, like China, India and Africa. The idea and the products will eventually find their way to the United States, provided they are alluring enough to investors and attractive enough to a large number of men.

But please remember: Birth control does not equal protection from sexually transmitted diseases . You still have to protect yourself by taking steps like practicing monogamy, limiting your number of sexual partners and wearing a condom.