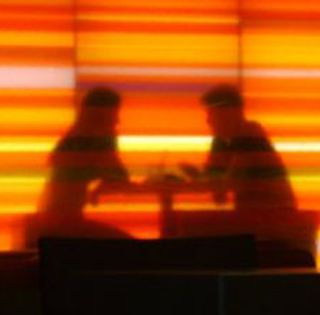 Many people rely heavily on their sight to determine who they are attracted to. But they probably don’t realize how their sense of sound may be indicating who is more compatible.
(Image: © stock exchng)

A new study backs up what men have said all along: Women are difficult to read. And the women agree.

The results, published in the January issue of the journal Psychological Science, show that both men and women are able to gauge a man's interest in a woman, but are equally baffled when it comes to figuring out if a woman is interested in a man.

In fact, a flip of a coin would be almost as accurate in predicting a woman's romantic interest on a date.

Skyler S. Place, who headed up the study, says that the biological drive behind dating — finding an optimal mate for gene promotion — gives women reason to be elusive.

"Being coy forces the men to spend more time interacting with the woman, because they are unsure if they have successfully courted her," Place said. "Therefore, the woman has more time to gather information about her date."

Ultimately, women have more at stake while dating because they face higher "sunk costs" — a woman can carry the child of only one man at a time, while a man can impregnate many women.

Video clips taken from the middle and end of dates provided the most accurate assessments, Place said, suggesting that the daters' true feelings became more evident as they collected information throughout their encounter.

The speed dates were conducted in Germany as part of Humboldt University's Berlin Speed Dating Study. None of the Indiana University study participants understood German, and were using only visual cues and tone of voice to determine daters' interest.

The findings might be sound, but what about the old dating adage to just be yourself?

"From an evolutionary perspective, there is nothing wrong with a woman being 'open' and 'honest' about who she is — it is simply in her best interest not to present herself as actually interested immediately," Place said.

Getting to the second date, however, is still a good sign.