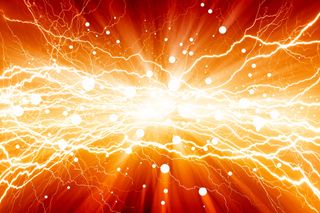 As a statistician, I have a habit of looking rationally at problems in terms of equations. This approach can be powerful, as it allows me to focus on variables that can change an outcome and quickly help me find out what matters most. In the fight against climate change, the world needs a global accord to eliminate carbon dioxide emissions. But how do we get to that common goal when all the parties have different priorities?

Across the planet, more than 1.3 billion people have no access to electricity, and some 2.6 billion have no access to modern cooking facilities. More than 95 percent of those people are in sub-Saharan Africa or developing Asia, and 84 percent live in rural areas.

Bringing energy to everyone

As India modernizes and the population moves to urban areas, the use of traditional biomass and agro-waste — cow-dung cakes, wood and crop residue — has shifted to other energy sources, including fossil fuels. Add in climate change and rising pollution in the developing world, and most nations face a dilemma.

Equations can provide some of the answers. As global leaders try to tweak variables to get to zero emissions, an analysis of equations can give a better understanding of where governments like India's should focus their efforts.

Electricity is the primary source of energy for accelerated growth. Coal-based electricity generation is the largest source of man-made CO2 emissions, and India is no exception, as 60 percent of its electricity demand is met by coal.

In 2010, the independent energy data company Enerdata reported that electricity consumption in India would have to increase threefold by 2030 to bring 300 million people out of poverty. Electricity use is going to increase. [Images: The World's Most Beautiful Equations  ]

But how nations use electricity is important. According to consulting firm McKinsey & Co., 40 percent of global CO2 emissions can be reduced by focusing on energy-efficient technologies. Hence, the switch to the best available technologies must coincide with nations' actions to make electricity available to more people. Such technologies, such as LED lighting, could reduce the growth in consumption from 300 percent to less than 200 percent.

To predict electricity-related CO2 emissions for nations like India, a good starting point is an equation that considers growth in electricity use, efficient use of electricity, and electricity production. Then, you would need to incorporate the fossil fuels still in use, though on a "clean" path forward based on increasing generation efficiency and the removal of carbon from sources of electricity generation.

Looking at production, the Indian Ministry of Statistics and Programme Implementation has shown that India has an immediate renewable energy potential of approximately 166 gigawatts (GW) — 102 GW from wind power, 19.7 GW from hydroelectric power, 22.5 GW from biopower and 22 GW from solar energy based on a target from India's Ministry of New and Renewable Energy (though it is safe to assume that about 12 percent of all of the new capacity will be unfulfilled due to transmission losses).

The Indian government can also achieve 20 GW of nuclear power generation by 2025, though let's assume this is delayed until 2030 given current concerns.

So, the total projected increase in fossil-fuel-based generation comes to 84 GW. Hence, all the electricity demand growth through 2030, the tripling of demand, can be achieved with only 84 GW of fossil-fuel-based energy — representing an 81.33 percent rate of decarbonization.

To check my hypothesis, I went back to the latest Energy Technology Perspectives 2015 published by the International Energy Agency (IEA) and looked at the projected 2030 scenario. Adding the IEA scenario's decarbonization potential from renewables (32 percent); end-use energy, such as increased efficiency (42 percent); and nuclear power (9 percent), we arrive at a total of 83 percent, which is fairly close to what I estimated.

Capturing carbon, and using it

So what would a nation like India do with existing power plants? According to the IEA, a 6 percent contribution toward decarbonization will come from carbon capture and storage, or carbon capture and reuse — an option I prefer because it leads to the economic reuse of captured carbon into commercially valuable products.

Carbon capture and reuse is a collective term for technologies that involve capturing carbon dioxide emissions from existing large CO2 emitters and using them back in an industrial process. The use of captured CO2 for producing chemical-industry products like urea is already known, and can create a carbon-negative scenario; India's fertilizer industry imports a third of its urea requirement from international markets.

In order for carbon capture and reuse to be a viable solution, however, drastic cost reductions must be achieved. Innovative technology companies around the world are looking to reuse cheaply captured CO2 with hydrogen to produce chemicals (from companies like Liquid Light and NewCO2Fuels), polymers (from companies like Novomer) and recently, diesel (in research by Audi). (Part of our research at Carbon Clean Solutions is to work on capturing cheap CO2 for conversion to chemicals that have market value.) [The Cheapest, Cleanest Way to Meet Electricity Demand (Op-Ed )]

India could trim 6 percent of its carbon emissions through carbon capture and reuse, resulting in 126 million tons of CO2 reduction (equal to 17 GW of coal-fired power-plant energy) by 2030.

The benefits of implementing these technologies extend beyond energy. According to the World Bank, the Indian government spends $61 per person per year on public health. Burning coal puts pressure on the government budget because fine particles emitted from the process cause respiratory disorders. Delhi now ranks among the most polluted cities in the world, and a recent survey by Chittaranjan National Cancer Institute (CNCI) revealed that nearly half of the city's 4.4 million schoolchildren have irreversible lung damage. That is not only a loss of future economic output, but a loss of life.

When you look at the numbers, it is clear that, for India and other developing nations, energy efficiency and renewable energy will ensure that the expansion of electricity to those who lack it will not require increases in carbon emissions. Moreover, carbon capture and reuse will ensure existing power plants and industries do not contribute further to climate change. Whether nations choose to follow this path, however, remains to be seen.