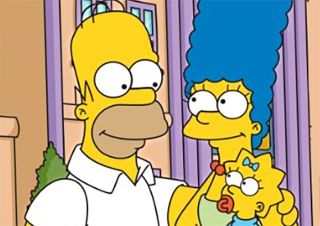 D'oh! Homer and Marge are getting a legal separation in the coming season premiere.
(Image: © Fox Broadcasting)

Marge and Homer Simpson's marriage has survived countless calamities, but the couple is set to separate (at least for an episode) this fall, according to news sources. And sociologists are not surprised that America's favorite four-fingered couple is calling it quits.

In a recent interview, Al Jean, "The Simpsons" executive producer, shared a few details about the show's 27th season premiere, scheduled to air Sept. 27: "It's discovered after all the years Homer has narcolepsy and it’s an incredible strain on the marriage," Jean told Variety. "Homer and Marge legally separate, and Homer falls in love with his pharmacist, who's voiced by Lena Dunham."

The Simpson's marriage isn't so different from those in the real world, especially now that the two are dealing with medical conditions on top of Homer's shenanigans, two sociologists told Live Science. [I Don't: 5 Myths About Marriage]

Homer and Marge are not alone in having marital issues. Though little is known about legal separation in the United States — most states require a separation before an official divorce — research suggests about 1 in 4 couples will legally separate within the first six years of getting married, said Arielle Kuperberg, an assistant professor of sociology at the University of North Carolina at Greensboro. One in 10 are separated within the first two years. But the most common time to separate is actually within the first three months of getting married, Kuperberg said.

"Those are people who get married and they're instantly like, 'Oh my god, I made a mistake,'" she said. "They're people who get divorced very quickly, don't have kids and a lot of them are very young."

There is less research on separation in older couples, but in this respect the TV pair is saying goodbye a little late in their marriage.

The duo may go off the beaten path, but it seems likely that they will reunite later that episode. In reality, a separation is usually a stop on the way to divorce. About 75 to 80 percent of people who separate ultimately divorce, and just 5 percent reconcile, according to the National Longitudinal Study of Youth, a nationally representative sample of people who have provided information about their lives since 1979.

Another 10 to 15 percent of people neither reconcile nor divorce, but stay separated because they can't afford a divorce, said Deborah Carr, a professor of sociology at Rutgers University in New Jersey.

There are a number of factors that can lead to separation, but financial strains or long-term disability are large factors, the experts said.

So, Homer's narcolepsy might not be such a far-fetched marriage strain.

Couples are about three times as likely to separate or divorce when at least one spouse has a long-term work disability, compared with couples without such disabilities, according to a 1999 study on Norwegian couples.

Alcohol can be another source of tension. As many fans know, Homer's second home might as well be Moe's bar. Couples are more likely to get divorced when one partner drinks heavily and the other doesn't, a 2014 study on American couples found. And it's doubtful that Homer will abstain or Marge will take up drinking any time soon. [Raise Your Glass: 10 Intoxicating Facts About Beer]

What's in store for Homer

Homer should take care: While women are usually at a financial disadvantage following a separation or divorce, men are usually hit harder emotionally, Carr said.

"Anyone who watches the show knows that Marge is clearly the brighter of the two." Carr said. "Marge does everything for Homer. Once she's gone, he might spend more time at Moe's bar drinking."

In fact, "You actually see data on that — that when the marriage ends, the man drinks more because the wife, who was putting the breaks on the drinking, is out of the picture," Carr said.

But even with the separation, Kuperberg said the Simpsons' marriage is admirable.

"It's a great example that marriages have these strains and fights," Kuperberg told Live Science. "They have these major issues and they reconcile them — I love that."

This isn't the first time the Simpsons have split, but news of their separation went viral with people speculating about the couple's future. The show quickly released a photo on Twitter with Bart at the chalkboard repeatedly writing "Homer and Marge are not breaking up."

Jean was tight-lipped about the episode, but gave one more hint.

"When you watch the episode 9/27, you will see Marge becomes very aware she is the 'settler' and drives the narrative from that point on," he told The Atlantic. "I can't give away more as it doesn't go where anyone has guessed yet."