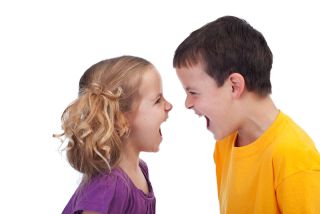 Parents who are concerned about their kids' behavioral problems may not bring them up with their child's doctor, but they should consider doing so, researchers say.

In a survey of nearly 1,300 parents of children ages 5 to 17, researchers found that only half of the parents said they would tell the doctor about temper tantrums that seemed worse than the child's peers', or if the child appeared to be more worried or anxious than usual.

Only 37 percent of the parents said they would tell the doctor if their child had trouble getting organized to do their homework.

But children's emotional and behavioral health is closely related to their physical health and development, the researchers said. Telling the doctor about children's behavioral problems is important because doing so may help detect serious health issues, such as depression, attention-deficit/hyperactivity disorder (ADHD) and substance abuse, they said.

Parents can start conversations with their child's doctor by just saying, "Hey, we noticed this," said Sarah J. Clark, author of the report and an associate director of the University of Michigan's National Poll on Children's Health. "That opens the door for the doctor to ask more questions of the parent and of the child," she said. [11 New Warning Signs Help Spot Mental Illness in Children]

Most parents in the study (60 percent) said they would tell the doctor if their child was very sad for longer than a month, the researchers found.

Although issues such as temper tantrums or trouble organizing homework are not necessarily alarming, they should not be dismissed, either, Clark said. "They are worth a conversation," she told Live Science.

If behavioral problems are ignored, "the danger is that the kid struggles unnecessarily because they are not getting the help they need," Clark said.

There are two major signs that should prompt parents to consider talking about behavioral problems with a child's doctor. One of them is when something seems out of the norm for the child, and the other is "when something seems to be out of step with other kids that same age," she said.

The new report was published today (May 18) as part of the C.S. Mott Children’s Hospital National Poll on Children's Health.