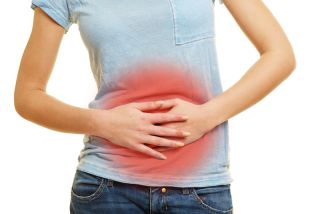 If you thought meditation was only good for your emotional well-being, think again. A new study shows that meditation may actually alleviate the symptoms of two gut disorders by altering certain genetic signals.

The study looked at people who had either irritable bowel syndrome (IBS) or irritable bowel disease (IBD). It found that doing yoga and meditating regularly for two months eased the symptoms associated with the two gut disorders, the researchers said.

This mind-and-body intervention seemed to work by inducing genetic changes in the body, the study authors said. The findings suggest that stress-relieving meditation can suppress the activities of certain genes responsible for causing inflammation and other immune system problems in patients suffering from IBS or IBD, the study stated.

Previous research has shown that meditation can change people's gene expression in some ways, but the new study is among the first to show an impact on gene expression in patients with a specific disease, said lead researcher Dr. Braden Kuo, a gastroenterologist at Massachusetts General Hospital in Boston. The study used a mind-body technique called Relaxation Response, which a Harvard University doctor developed in the 1970s.

The new findings are especially interesting given that researchers have established a relationship between stress and digestive problems. Research has shown that psychological trauma can contribute to IBS, a disorder that leads to abdominal pain, constipation and diarrhea.

The condition is fairly common in the United States, affecting about 1 in every 10 people at some point in their lives, according to the International Foundation for Functional Gastrointestinal Disorders. Yet scientists do not exactly know what causes the disorder. [7 Biggest Mysteries of the Human Body]

Although IBS and IBD can be mistaken as the same condition, they are actually very different, and IBD is much less common. Unlike IBS, IBD involves chronic inflammation of the digestive tract. The two main types of IBD are ulcerative colitis, which affects the colon, and Crohn's disease, which mostly affects the intestines, but can also occur anywhere in the digestive system.

However, IBS and IBD also share some common factors: Both can be triggered by stress, and neither one has real treatment options. The drugs currently available can only lessen the severity of symptoms and bring some temporary relief.

In the new study, researchers enrolled 19 patients with IBS and 29 patients with IBD. They all underwent a nine-week program that included breathing exercises, meditation and yoga. The patients met for a 1.5-hour group session every week, and practiced the activities at home for 15 to 20 minutes every day. The researchers assessed the patients' symptoms before, after and midway during the study, and took blood samples for genetic analyses. However, the study design did not incorporate a separate control group of patients who did not practice meditation.

At the end of the study, the patients reported a reduction in their symptoms compared with what they experienced at the study's start. A genetic analysis of their blood provided evidence of changes in genetic pathways related to the two disorders.

Significantly, more genetic changes were observed in IBD patients than in patients with IBS, said Manoj Bhasin, who co-authored the study and is the director of bioinformatics at Beth Israel Deaconess Medical Center in Boston. Researchers found that more than 1,000 genes were altered in IBD patients over the study period, whereas only 119 genes changed in the people with IBS.

There was one inflammation-related gene, called NF-kB, whose activities were suppressed in both groups, according to the study. This indicates that meditation and similar practices can offset stress and inflammation, the researchers said.

"In both IBS and IBD, the pathway controlled by a protein called NF-kB emerged as one of those most significantly affected by the relaxation response," Dr. Towia Libermann, a senior researcher in the study and an assistant professor at Harvard Medical School in Boston, said in a statement. It's possible that relaxation techniques could help both people with IBS and those with IBD, he said.

The researchers noted two important limitations in their study: First, two tests that measured certain markers of inflammation in the blood showed no changes over the study period. Second, previous research has shown that even a placebo can sometimes produce adequate relief of IBS symptoms.

More studies, such as randomized trials that include a control group, are needed before a program of meditation and yoga could be suggested as a treatment for patients with these disorders, the researchers said.

The study was published on April 30 in the journal PLOS ONE.