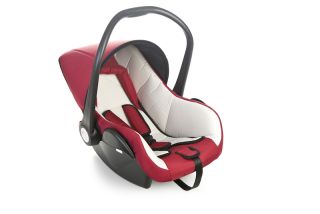 Placing infants in car seats and other sitting devices for naps may put their lives in danger, according to a new study.

In the study, researchers examined 47 cases of children under 2 years old who died while in device designed for them to sit in, or in which they could be carried. Two-thirds of the cases involved car seats, whereas the remaining deaths occurred in slings, swings, bouncers and strollers.

In many cases in the study, the researchers found that children had been placed in the devices to help them fall asleep.

"When the baby is asleep, and you don't have eyes on the baby, they should be 'ABC,'" meaning they should be alone, on their backs, and in a crib, said study author Dr. Erich K. Batra, of Penn State Milton S. Hershey Medical Center. He added that there should be no loose bedding in the crib.

This means that car safety seats and other sitting devices are not recommended for sleeping, the researchers wrote in their study. In general, sleeping infants and young children should not be left unsupervised in such devices, whether they are awake or asleep, the researchers said. [7 Baby Myths Debunked]

In one case included in the study, an 11-month-old baby died after being placed in a car seat with a bottle, to take a nap, while at an in-home day care. The seat's chest buckles were secured, but the lower buckles were not secured. When the child care provider checked on the child, 1 hour and 20 minutes after placing him in the seat, she found that the baby had slipped down in the car seat, and a strap was pressed against his neck.

In the vast majority of deaths in the study, the child were either strangled by something such as a strap, or died because they could not get enough air due to the way their bodies were positioned. The time that had elapsed between when the children were last seen alive and when they were found deceased ranged from 4 minutes to 11 hours.

The study did not examine how common such cases are, Batra said. "It is not like you are hearing about them every day, but I think it is important that people know that they do occur," he told Live Science.

The new study was published today (April 24) in the Journal of Pediatrics.