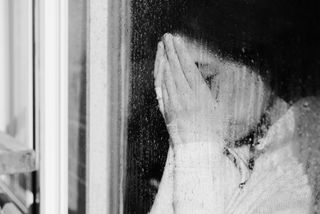 A rare case of "seasonal" obsessive-compulsive disorder in a woman in highlights the complexity of this mental health condition, researchers say. The woman's OCD symptoms appeared every year when winter began, and then ended as the seasons shifted toward summer.

After living with the condition for a decade, the woman was treated at a clinic and recovered, the case report said.

Psychiatrists "do believe that there is a tie between times of the year and the exacerbation of illness," said Dr. Howard L. Forman, an attending psychiatrist at Montefiore Medical Center in New York, who was not involved in the woman's case.

Patients with other mental health conditions, such as depression, may also get worse in the winter and feel better again in the summer, Forman said.

The 41-year-old woman came to an outpatient clinic during the month of October. She said she was having distressing thoughts about dirt and contamination, and that her thoughts were causing her to engage in repetitive cleaning rituals, and to repeat the same words for long periods of time. She said her symptoms had appeared every October for the past 10 years, always disappearing completely by April or May.

But "gradually, over the years, she noted that the severity of her illness increased," and it was disrupting her life and her relationships, the researchers who treated the woman wrote in the case report. [5 Controversial Mental Health Treatments]

The doctors initially prescribed the woman a drug called fluoxetine, which affects levels of the neurotransmitter serotonin in the brain and is used to treat people with OCD and depression. But after a month of that treatment, her condition was not much improved.

The woman then began attending therapy sessions, during which she was gradually exposed to the cues that typically triggered her OCD symptoms, and learned to overcome them. The researchers also prescribed the woman a light treatment, that exposed her to bright light for two hours daily. They thought the seasonal variation in her condition might have something to do with receiving an inadequate amount of light, according to the case report.

The woman's condition improved after 14 days of the new therapy regimen. The doctors recommended she continue to take the fluoxetine, and the woman's OCD symptoms did not come back the next winter, according to the report.

Previous research had shown that some OCD patients might indeed experience seasonal variations in symptoms, according to the report.

"I felt like this case is very much clearly a case of seasonality of obsessive compulsive disorder, and I think we should not necessarily be so surprised that this could happen," Forman said.

It is not exactly clear why some patients with mental health disorders get worse as seasons change, he said. There are seasonal variations in how much serotonin is produced in the body, with less produced during darker and colder months compared with months that are sunnier and warmer. But there is no convincing evidence that this variation in serotonin production causes the changes in people's symptoms.

In patients with depression, for instance, it is also possible that less socializing with family and friends during wintertime plays a role in worsening symptoms, Forman said.

The case report was published online Feb. 18 in the Industrial Psychiatry Journal.