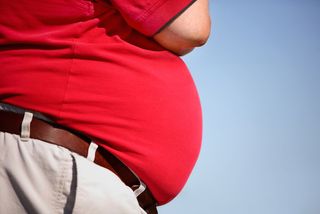 NEW ORLEANS — The obesity rates of many U.S. states are actually higher than previously thought, a new study finds.

But the problem is not that people underestimate their weight — surprisingly, it's that they overestimate their height, said study researcher Zachary Ward, of the Harvard School of Public Health, who presented the work here today at the American Public Health Association meeting.

"People say they're taller than they really are," Ward said. [7 Biggest Diet Myths]

In contrast, previous reports have found that most states have rates under 30 percent, and no states have a rate over 40 percent.

In making those previous estimates of state obesity rates, researchers at the Centers for Disease Control and Prevention relied on telephone surveys that asked people their weights and heights; researchers then used this information to calculate people's body mass indexes (BMIs).

This led to underestimates of BMI at the state level, according to the new study. The CDC telephone survey, called the Behavioral Risk Factor Surveillance System (BRFSS), reports an overall obesity rate in the United States of 28 percent. But according to a separate, nationally representative government survey, called the National Health and Nutrition Examination Survey (NHANES), the overall U.S. obesity rate is 34 percent. That discrepancy equates to 16.5 million people.

The NHANES survey is known to be more accurate because it includes information about height and weight as measured by a doctor, rather than self-reported data. But NHANES does not allow state-level obesity estimates because information collected in the survey is not tied to a state or even a particular region; this is done to protect the privacy of the participants, Ward said.

Some past studies have attempted to correct the BRFSS data to account for self-reporting underestimates. However, although these earlier methods were good at estimating the average BMI of a population, they were not so good at estimating the percentage of people in each state with BMIs at either end of the extreme — the underweight and the obese.

In the recent study, researchers used a new statistical method that allowed them to match up data from the NHANES and BRFFS surveys, so they could include information both about people's measured heights and weights, and the states where they lived.

"Current [obesity] maps vastly underestimate the adult obesity burden nationwide," Ward said. "These are not big changes at the individual level, but they can result in huge changes at the population level."

The researchers have submitted the study for publication in a peer-reviewed journal.