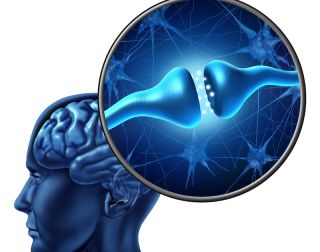 Pathological gambling, hypersexuality and compulsive shopping are some of the abnormal behaviors that are linked to the use of certain drugs commonly used to treat Parkinson's disease, according to a new study.

The findings are important because they mean that doctors and patients should be wary of the drugs' side effects, according to the study authors. But they also give researchers a better understanding of how abnormal behaviors develop in general, and how such behaviors may be related to the brain receptor that is targeted by the drug, the authors said.

"In our view, these medications should be used less frequently and with great caution, paying close attention to possible untoward effects on behavior and impulse control," said Dr. Howard D. Weiss of Sinai Hospital of Baltimore and Dr. Gregory M. Pontone of Johns Hopkins University School of Medicine in Baltimore, Maryland, writing in an editorial about the new study.

In the study, the researchers examined 1,580 reports of people in the United States and 21 other countries experiencing pathological gambling, hypersexuality, compulsive shopping or other abnormal behaviors after taking medication between 2003 and 2012. They found that 710 of the cases occurred in people taking drugs called dopamine receptor agonists, which are used to treat Parkinson's disease, whereas the other 870 cases occurred in people taking all of the other types of drugs combined.

The researchers determined that the proportion of such reports was 277.6 times higher for people taking dopamine agonist receptor drugs than those taking other drugs. [7 Bizarre Drug Side Effects]

Dopamine is a neurotransmitter in the brain that normally helps regulate movement, emotions and the feelings of pleasure. In people with Parkinson's disease, the brain cells that make dopamine die over time. Dopamine receptor agonists are used to mimic the function of the neurotransmitter.

The important step to take after the new findings is to introduce warnings about the potential side effects of those drugs so that doctors who prescribe them are aware of them, said study author Thomas J. Moore, a senior scientist at the Institute for Safe Medication Practices in Alexandria, Virginia.

"They [doctors and caregivers of Parkinson's patients] need to be on the lookout for this kind of behavior" and understand it may be linked to the use of medication, Moore told Live Science.

Of all the cases of abnormal behavior that were observed in the people taking the drugs for Parkinson's disease, the majority (410 cases) occurred in those who had been taking a dopamine receptor agonist drug called pramipexole, which affects a receptor called dopamine D3 receptor. And the drug that was second-most commonly linked to such behaviors was ropinirole, which also has a significant effect on the D3 receptor, according to the study, published today (Oct. 20) in the journal JAMA Internal Medicine

The researchers noted that in some cases, the people taking these drugs had restless leg syndrome (not Parkinson's disease).

The new research may allow researchers to better understand how abnormal behaviors develop, and how they may be related to the D3 receptor, Moore said. The D3 receptor has also been investigated as a possible target for treatments for people with addictions, the researchers wrote in the study.

In another study, published in July 2011 in the journal Physiology & Behavior, other researchers also found a link between behaviors such as hypersexuality or excessive gambling and the use of the two drugs that Moore found to be the most closely related to abnormal behaviors in the new study.

Drugs for Parkinson's have been down this road before. In the 1960s, the introduction of the Parkinson's drug levodopa enabled Parkinson's patients to “regain function and return to the mainstream of life," Weiss and Pontone wrote.

Levodopa gets converted into dopamine in the brain, said Weiss and Pontone, who were not involved with the new research.

However, enthusiasm for that treatment was tempered when patients taking it developed involuntary muscle movements, similar to tics, and in rare cases also developing abnormal behaviors such as hypersexuality, they wrote.

It was known that the dopamine receptor agonist drugs caused side effects such as hallucinations, psychosis and excessive daytime sleepiness. But despite these effects, the drugs remain widely used, and it is only recently that doctors started recognizing a link between the use of those drugs and the occurrence of impulse control disorders with symptoms such as pathological gambling, hypersexuality and uncontrollable spending, Weiss and Pontone wrote.

It is not surprising that it took a while for doctors to start recognizing the link between the two, they wrote, as they did not routinely inquire about the potentially behavior-altering effects of the drugs.

"During an office visit, a patient is unlikely to spontaneously mention, 'By the way, doctor, I lost $250,000 in casinos last year, and I purchase $500 of lottery tickets every week' or 'I spend all night on Internet pornography sites and am soliciting prostitutes,'" Weiss and Pontone noted.

"In summary, physicians have overestimated the benefit and underestimated the risks associated with the use of dopamine receptor agonist drugs in patients with Parkinson disease," they wrote.