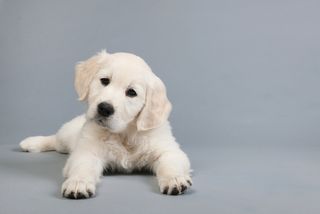 Sherry Ramsey is the director of animal cruelty prosecutions for The Humane Society of the United States (HSUS). She contributed this article to Live Science's Expert Voices: Op-Ed & Insights.

A recent decision by the U.S. Federal Bureau of Investigation (FBI) means animal cruelty crimes will soon be included within the Uniform Crime Report (UCR) - National Incident Based Reporting System — an action that will most certainly advance how law enforcement officials understand and act to prevent these often violent crimes. Equally important, these cases may serve as an early warning to alert the criminal justice system to individuals who pose a future danger to the community.

When this change goes into effect in 2015, federal law will regard animal cruelty as a crime against society and a Group A offense, a category that includes crimes of a serious nature, including arson, burglary, kidnapping and homicide. [Why Global Food Companies Are Dumping Animal Cruelty (Op-Ed)]

There will be four categories under the new animal classification: Simple/gross neglect; intentional abuse and torture; organized abuse; and animal sexual abuse. These crimes will soon be reported to the FBI UCR program as a separate, distinct category, along with other major offenses like murder and assault.

The UCR is considered the most comprehensive source of crime statistics in the United States. The program was originally conceived in 1929 by the International Association of Chiefs of Police to help provide reliable uniform crime statistics within the country. In 1930, the FBI was tasked with collecting, publishing and archiving those statistics to make them more consistently available for analysis. This new designation of animal cruelty crimes as a separate category will send an important message, as well as provide for meaningful research and analysis.

This is a significant departure from the current system, which places animal cruelty crimes under a general "all other offense" category. There, the crimes often attract less interest from law enforcement officials and provide limited ability for research and study.

One of the reasons for this change may stem from the numerous studies which suggest animal cruelty is a red flag for future violent crimes against humans. The FBI has been aware of this link for decades.

FBI Special Agent Alan Brantley stated that when the agency conducted interviews with 36 serial murderers and asked them about their histories of animal cruelty, many described killing and torturing animals as children. Forty-six percent admitted they had harmed animals in adolescence.

A number of organizations and animal advocates led the push to get animal crimes included in the UCR, including the National Sheriff's Association and its president and interim executive director, John Thompson. This push is expected to eventually advance the understanding of such crimes.

"The National Sheriffs' Association is committed to providing law enforcement officers with information about the realities of animal abuse and its close link to other crimes," said Thompson. "We are gratified by the FBI's response and [FBI] Director Comey's commitment to improve public safety."