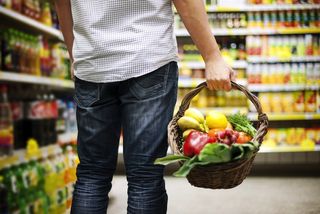 Americans are eating a modestly healthier diet now than they were a decade ago, but the gap in diet quality between the rich and the poor has widened, a new study finds.

Researchers examined the quality of the U.S. diet between 1999 and 2010 using a measure called the Alternate Healthy Eating Index 2010, which rates diets on a scale from zero to 110, with higher scores indicating healthier diets.

The investigators also found that people with higher incomes and education levels had healthier diets than people with lower levels of income and education, and the gap between these groups increased between 1999 and 2010.

"The study provides the most direct evidence to date that the extensive efforts by many groups and individuals to improve U.S. dietary quality are having some payoff, but it also indicates that these efforts need to be expanded," study author Dong Wang, a doctoral nutrition student at the Harvard School of Public Health, said in a statement. [8 Top Meals from Nutritionists]

"The overall improvement in diet quality is encouraging, but the widening gap related to income and education presents a serious challenge to our society as a whole," study author Dr. Walter Willett, a professor of epidemiology and nutrition at HSPH, said in a statement.

In the study, the investigators used data gathered from a sample of about 29,000 adults who participated in the National Health and Nutrition Examination Survey, which is conducted by the Centers for Disease Control and Prevention.

In all ethnic groups, women had better diets than men.

The significant reduction in trans fat consumption that the researchers found suggests that new laws and taxes may be more effective in encouraging people to eat better than relying on people to take the initiative to do so, the researchers wrote.

Despite the improvement, "overall dietary quality [in the U.S.] remains poor, indicating room for improvement and presenting challenges for both public health researchers and policy makers," they wrote.

In an opinion article published with the new findings, Dr. Takehiro Sugiyama, of the National Center for Global Health and Medicine in Tokyo, Japan, and Dr. Martin F. Shapiro, of the University of California, Los Angeles, proposed solutions that they said could help reduce the diet quality gap between the rich and the poor.

"First, we could restrict benefits to more healthful foods, as has been done by the Special Supplemental Nutrition Program for Women, Infants and Children (WIC), which restricts purchasable foods with the benefit," they wrote, referring to the federal program that provides assistance for low-income pregnant women and those with young children. "Other strategies to improve dietary quality include providing healthful foods to students and residents in underserved areas.”

However, other experts said that for people with lower income levels, access to healthy foods is not the biggest problem.

"People often say that lower socioeconomic groups can't eat healthfully, because it is too expensive, and I just don't believe that," said Dr. Monica Aggarwal, a cardiologist and a member of the Heart Center at Mercy Medical Center in Baltimore.

"I think you can eat healthfully, on a very small amount of money," Aggarwal told Live Science, adding that people don't have to go to expensive supermarkets to buy healthy foods such as lentils or beans.

"You just have to know what to eat," she said.

However, it may be tougher for people for with lower incomes to eat healthy diets, as they are often too preoccupied with trying to make a living to actually prepare healthy food for their families, she said.

"When people are stressed, they are going to do the quickest thing and [consume] what's easy and accessible," Aggarwal said, adding that it takes less effort to buy a bucket of fried chicken to feed a family than make lentils or rice.

Still, buying groceries and cooking food at home should be part of a healthy diet, she said. The nutritional advice she often gives her own patients is, "Go back to the way your grandparents used to cook. Go back to eating off the land."