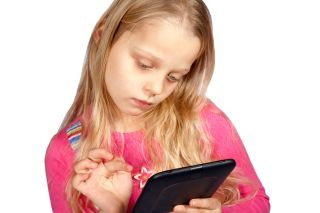 Too much face-to-screen time and not enough face-to-face interaction could degrade kids' ability to read other people's emotions, a new study suggests.

"Many people are looking at the benefits of digital media in education, and not many are looking at the costs," Patricia Greenfield, a professor of psychology at UCLA and lead author of the study, said in a statement. "Decreased sensitivity to emotional cues — losing the ability to understand the emotions of other people — is one of the costs." [7 Ways to Short-Circuit Kids' Mobile Addiction]

The researchers worked with 105 kids from a California public school who reported that they spend about four and a half hours in front of screens on an average school day. Half of the kids were taken to a nature and science camp at the Pali Institute in Running Springs, California, where they weren't allowed to use smartphones, watch TV or use computers for five days. The other half stayed in their school and didn't make any changes to their electronic habits.

The researchers showed each student pictures of people with happy, sad, angry or scared expressions and asked the students to identify the emotion expressed in each photo. The kids also watched videos of actors who performed short scenes, such as a confident or anxious student submitting a test to their teacher. The researchers asked each student to describe the emotions they thought the characters experienced during each video.

After five days, each kid took another version of the same test. The children who spent the week at camp without any electronics showed much more improvement on the test than the kids who continued using their devices. Ahead of their trip to camp, the kids, on average, got 14.02 of the pictured emotions wrong. After five days at the camp they averaged 9.41 incorrect answers. The other group of kids who used electronic devices got 12.24 pictures wrong on average and after five days got 9.81 wrong. Some of the improvement likely came from the students' experience with the test, the researchers wrote in the paper published in the journal Computers in Human Behavior.

The study had some shortcomings, which the researchers acknowledged. For example, in an experiment like this, it's difficult to separate the effect of spending time in nature from the absence of screens.

But the study is a welcome addition to the small body of research on the effects of time spent away from screens, said Dana Klisanin, a psychologist and executive director of the MindLab at the Center for Conscious Creativity in California, who was not involved in the research.

"We need a larger body of research in this area before we can provide clear guidelines for parents and educators as far as the impact of screen-based media on health is concerned," Klisanin told Live Science in an email.

And while the results of the study are preliminary because it involved a small number of participants, the findings are still worth consideration, said Jim Taylor, a professor of psychology at the University of San Francisco and the Wright Institute at Berkeley. Taylor also was not involved in the research.

"Time spent in front of a screen is time spent not interacting with other human beings," Taylor said. "Emotional skills develop in practice and the brain develops through real interaction."