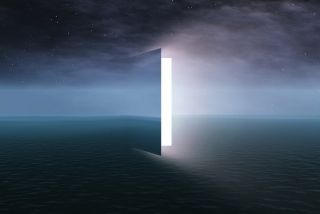 Sometimes, the line between life and death can seem blurred. In one recent case, a woman was erroneously declared dead after having a heart attack and wound up freezing to death in a body bag in the morgue. Another woman gave birth to a baby three months after she technically died. Then, there was a case of a skier who became submerged under freezing water for hours, but was revived and suffered no brain damage.

These and other cases reveal how hard it can be to distinguish the living from the dead. With the advent of mechanical ventilators, the clear-cut definition of death has now given way to other, more clinical definitions.

But these terms, such as "brain death" and "circulatory death," can create ambiguity about who is dead and who isn't, experts say. [The Science of Death: 10 Tales from the Crypt and Beyond]

Despite its frequent use, the term "clinical death" doesn't actually have a consistent meaning, said Dr. James Bernat, a neurologist at Dartmouth College's Geisel School of Medicine in New Hampshire. In most hospitals, the doctor in charge of a patient's care makes the death determination, and there aren't universal guidelines for when to make that call, he said.

"You're dead when a doctor says you're dead," Bernat told Live Science.

Until the 1950s, death was considered to be the point when any one of the vital functions — heartbeat, electrical brain activity or respiration — ceased. Once one part of the system failed, then the others would soon shut down as well, the reasoning went.

But the advent of the mechanical ventilator, which pushes air into and out of the lungs, created a new category called brain death, Bernat said.

That led to a whole class of people with warm bodies and circulating blood — who could even fight off infections or gestate a baby — but who had absolutely no brain function, said Leslie Whetstine, a philosopher at Walsh University in Ohio who studies the definitions of death.

To be declared brain-dead, a person must have irreversibly lost function in all parts of his or her brain. Doctors make that call by performing neurological exams to search for electrical brain activity, or blood circulation to the brain, as well as a test to see if the patient attempts to breathe when the ventilator is turned off. [10 Surprising Facts About the Brain]

Strides in organ transplantation also drove the push for this new category of death.

"The person who was diagnosed as brain-dead was an ideal multiple organ donor," because all of their organs were supplied with oxygen and, therefore, were not damaged, Bernat said.

Doctors can also declare people dead if their heart stops beating and won't start up again on its own. But hearts can sometimes be restarted after they stop beating, so the call is tricky.

"The question is, how long does the heart have to stop beating before you can call someone dead?" Bernat said.

Cardiopulmonary resuscitation (CPR) can revive people many minutes after their heart stops beating, often with no lasting brain damage, so doctors should perform CPR for at least 38 minutes, a 2013 study presented at the American Heart Association meeting found.

Doctors can issue a death certificate before that point, and often do if a patient has a do-not-resuscitate order. But sometimes, CPR is not performed for long enough. That raises the possibility that some revivable patients die when they didn't have to, Bernat said.

Because some death determinations require a doctor to make a choice to intervene, or stop fighting, some cases can cause controversy.

For instance, a person may already be in the hospital and listed as an organ donor, and "suddenly, their heart stops beating," Bernat said. "That's where the controversy occurs about whether they are dead at that moment," he said.

The distinction between brain death and circulatory death only muddies matters, Whetstine said.

"The thing that we care most about the brain is the fact that it sponsors consciousness," so death should be defined as the irreversible loss of that consciousness, Whetstine told Live Science.

That would still allow people whose hearts had stopped, or who had no brain function, to be issued death certificates, but wouldn't create two types of death, she said.

By that definition, some patients now considered to be in a persistent vegetative state might instead be considered dead. But because some people considered vegetative show flickers of consciousness, death certificates should only be issued when someone has met the criteria for brain death, she said.