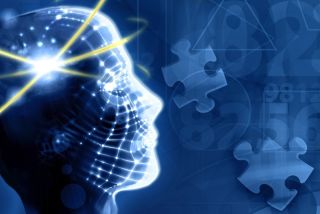 Older mothers have a greater risk of giving birth to children with autism, and changes in molecules attached to DNA may be responsible, researchers have found.

The new findings may one day help doctors diagnose whether children have autism and what type of autism spectrum disorder they might have, the researchers said. These results might the even lead to novel therapies for autism, the scientists added.

Researchers have made significant advances in understanding genetic mutations linked with autism in recent years. It remains less certain how other factors, such as environmental influences, play a role in the disorder. [Beyond Vaccines: 5 Things That Might Really Cause Autism]

"In studies of twins, not all causes of autism appear attributable to genetic mutations," said study co-author John Greally, a pediatrician specializing in clinical genomics at the Albert Einstein College of Medicine in the Bronx, New York. "Something else must be going on."

In this latest study, investigators focused on the presence or absence of molecules known as methyl groups added to DNA. The addition of these groups, a process known as methylation, can silence the activity of a gene.

Methylation is an example of an epigenetic effect, a heritable change in gene activity that is not caused by changes in the DNA sequence. Environment can alter a person's epigenetics; for instance, a woman's diet at the time of conception might cause lasting changes in the methylation of her children's DNA, potentially influencing her offspring's development.

In addition to environment, age can also influence a person's epigenetics, suggesting epigenetic effects might explain why older mothers have a greater risk of having children with autism. However, the eggs of older mothers are also more prone to abnormalities of chromosome numbers, indicating another possible reason for this increased risk of autism.

To uncover the roots of the greater autism risk, scientists analyzed cells from 47 people with autism and 48 people without autism, all born to older mothers at least 35 old at the time of giving birth. Doctors took the cells from swabs of the inner linings of the cheeks; these cells have the same developmental origin as the brain.

The researchers found no evidence for abnormal chromosome numbers in either group of individuals. However, the scientists did find that cells from the people with autism had changes in methylation at nine different sites in the DNA. These nine regions were usually located especially close to genes encoding proteins that interact with genes already linked to autism.

The investigators suggest that malfunctions in epigenetics that occur in eggs or within the first month of an embryo's life might contribute to the development of autism. "These findings give new insights on the potential mechanisms behind autism," Greally told Live Science.

The research could also lead to new ways to diagnose autism. "If you have kids too young for the psychological tests often used to diagnose autism, you can diagnose their genes or their epigenetics at any age," Greally said.

This research could also help doctors understand the many different types of autism that exist. "With autism, you very rarely see two kids who are alike. They can be very, very different across the spectrum of autism," Greally said. "We'd like to figure out what interventions are more useful for some people with autism than for others, and maybe looking at their epigenetic patterns can help."

The researchers now want to study larger groups of people to improve the certainty of the study's results. "We also want to do genetic studies of these individuals at the same time, to see if they have certain mutations associated with autism," Greally said.

The researcher and his colleagues detailed their findings online today (May 29) in the journal PLOS Genetics.