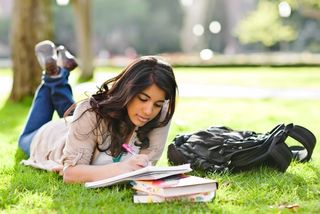 Back-to-school can bring health issues for college students.
(Image: © Back to school photo via Shutterstock)

Kathryn Hutchinson is vice president for the Division of Student Affairs at St. John's University. She contributed this article to Live Science's Expert Voices: Op-Ed & Insights.

The statistics on campus sexual assaults are alarming: One in five women will be sexually assaulted, most during their freshman or sophomore year. According to the federal report "Not Alone," In 75 to 80 percent of sexual-assault cases, the victim will know her assailant, and most will not report the incident. [Women Face High Sexual Assault Rates Globally ]

The good news is that awareness of this issue is growing among college administrators outside the student-services areas, legislators and the public. In fact, reducing sexual assaults on campus has become a national priority, and there are effective resources, training practices and strategies that campuses can use to tackle the problem. However, complex issues that require a shift in campus culture do not change overnight, and eliminating sexual assaults is a process that will take dedicated resources and time.

This past January, U.S. President Barack Obama and Vice President Joe Biden brought this issue into the national spotlight by convening the White House Task Force to Protect Students from Sexual Assault, which coordinates federal enforcement efforts, provides guidelines and rethinks policy. Its first report, "Not Alone," was released April 29, and outlines specific steps that colleges and universities can take to reduce the prevalence of sexual assault and violence on campus.

At St. John's University, we began implementing many of these recommendations several years ago — efforts that have been aided by a three-year grant from the Department of Justice's Office on Violence Against Women. This spring, representatives from the U.S. Department of Justice visited our campus as part of a nationwide tour of colleges that are working diligently to reduce violence against women in conjunction with the 20th anniversary of the Violence Aagainst Women Act.

Our efforts to reduce campus violence began with the creation of a Campus Community Response Team. Its work led to improved policies, more effective prevention programming, a comprehensive response to victims of sexual assault and improved student conduct policies — all of which are necessary steps to change the campus culture to reduce sexual assault.

Bystander intervention is a key element in changing the perception of acceptable behavior for the campus community. It teaches that sexual assaults can be prevented if members of the community are willing to intervene before a situation escalates, helps students recognize the signs of a potential sexual assault, and empowers them with the confidence and tools to intervene.

We provide bystander intervention, including specialized workshops directed primarily at men, for student groups across campus. When men are empowered to step up, they become critical allies in the effort to reduce violence against women.

But any effective campaign to reduce sexual assault must address a variety of constituencies across campus, including new students, who benefit from receiving prevention education and bystander training at orientation. Training should also include student leaders, who influence peers and campus culture. Events such as Turn Off the Violence and Take Back the Night also help raise awareness.

Prevention is key, but when a student is sexually assaulted, the campus community response team must provide victims with someone to speak with in confidence, counseling services, reporting, Title IX coordination, and a sexual assault guide and resource manual.

Preventing sexual violence on college campuses is a complex task that requires a deliberate and dedicated action plan, as well as a commitment to changing campus culture to one that encourages bystander intervention and where sexual-assault prevention conversations are the norm. As we mark the 20th anniversary of the Violence Against Women Act, making campuses safe for all students must be a top priority.