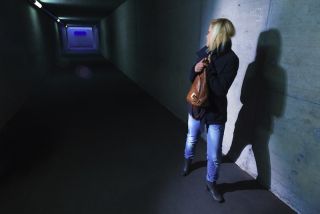 (Image: © Harassment and crime via Shutterstock)

An estimated 1 in 14 women worldwide is sexually assaulted by someone other than a partner, a new study has found.

The researchers reviewed articles and reports published between 1998 and 2011, and consulted international databases and surveys to find estimates of sexual violence against women, including girls older than 15.

They found that, worldwide, 7.2 percent of women reported non-partner sexual violence during their lifetimes. [4 Ways Women Can Protect Themselves from Predators]

The global picture varied widely: the highest rates of sexual violence were seen in central and southern Sub-Saharan Africa, including Namibia, South Africa and Zimbabwe, with 21 percent in Democratic Republic of Congo.

The lowest rates were seen in India, Bangladesh and Turkey, where rates were 3 percent to 4.5 percent, according to the study published today (Feb. 11) in the journal Lancet. The results are not comprehensive, because, for many countries, the researchers were unable to find any data.

"Sexual violence is a common experience for women worldwide, and in some regions is endemic, reaching more than 15 percent in four regions," study researcher Naeemah Abrahams, from the South African Medical Research Council in Cape Town, said in a statement.

"These data probably underestimate the true magnitude of the issue because of the stigma and blame attached to sexual violence that leads to under-reporting," the researchers said.

While it is tempting to view highly publicized rapes and murders of young women in India and South Africa as isolated events, those cases are part of a larger, daily reality of sexual violence against women, the researchers said.

The scientists included 77 studies in their review, compiling data on 412 estimates of violence from 56 countries. More than half of the estimates were derived from dedicated studies of violence against women. Most studies used one broad question to ask women about their experiences of non-partner sexual violence. For instance, researchers asked, "Were you ever forced to have sex or to perform a sexual act when you did not want to, with someone other than your partner."

Non-partner sexual violence includes cases in which a person has been forced to have sex or to perform a sexual act when he or she did not want to, by anyone other than an intimate partner, for example colleagues, family members, police, teachers or strangers.

Studies have shown that sexual violence can lead to short- and long-term health consequences, particularly mental health disorders, such as depression, anxiety and alcohol abuse.