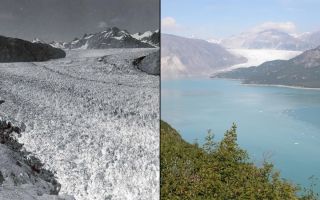 It's been an extraordinary six weeks for climate scientists. Any lingering doubts about the immediacy of climate impacts on the lives of Americans are now permanently laid to rest, thanks to four extensive reports from thousands of scientists.

It began with a straight-talking, no-nonsense report called "What We Know" from the American Association for the Advancement of Science (AAAS) — the world's largest general science organization — earlier this spring. The report laid out in clear detail why the entire scientific community no longer has any doubts whatsoever about the nature and extent of the climate risk to the U.S. economy and communities.

Weeks later, the second and third of successive reports from different arms of the Intergovernmental Panel on Climate Change (IPCC) issued separate, detailed reports on the current science around climate change impacts in the world, and the potential costs to society and the economy right now if people don't change our energy patterns. [Michael Mann: Climate-Change Deniers Must Stop Distorting the Evidence (Op-Ed)]

And then this week, a report written by hundreds of American scientists culminated this six-week run of world-class, peer-reviewed science reports with the congressionally-mandated National Climate Assessment, which laid climate impacts literally at the doorsteps and window panes of most Americans.

Climate change isn't a computer model, a fuzzy prediction, a cute picture of polar bears on shrinking icebergs, or some far-off, distant threat that people who aren't born yet will have to deal with. It's here, now — and it's disrupting our lives.

It's affecting food prices through extended droughts and flooding basements in extreme rainfall events — the types of dry and wet extremes that scientists have been telling us for years would be part of a changing, warming world. Now we can see these things with our own eyes, out our own windows.

It's causing farmers to plant earlier. Bird lovers are watching habitats shrink and change. Lobstermen are seeing the corrosive effects of both warming waters and ocean acidification change their way of life. Fire chiefs are facing the stark reality of bigger, faster wildfires lasting year round instead of contained to seasons. [60 Million American Birdwatchers Chase Ever-Shrinking Quarry (Op-Ed)]

What is extraordinary is that nearly everyone can now sense that the artificially contrived science "debate" about whether climate change is real is ending for good — creating space for the more logical, rational discussion about America's proper role in dealing with a significant, growing and increasingly urgent problem.

Just as Americans finally came to realize that, yes, smoking cigarettes does cause lung cancer — despite years of effort to manufacture doubt about the science of smoking and cancer — the very same sorts of science answers have now emerged clearly for climate change amid a sea of deliberate and manufactured doubt.

Climate change is real — and it's starting to cause disruptions in all of the various ways that climate scientists have said it would.

There are now just a handful of outliers like Sen. James Inhofe, R-Okla., left for the media to go to for a science "debate" quote or cutesy sound bite about how global warming isn't real; that it's a "hoax;" or that climate scientists are part of some far-flung "conspiracy."

As CNN morning anchor Carol Costello wrote recently: "There is no debate. Climate change is real. And, yes, we [in the media] are, in part, to blame."

Yes, there are still uncertainties to be dealt with in the science — like whether the coming El Niño cycle will cause a record-setting spike in global temperatures this year or next the way it did in 1997; or just how much heat from greenhouse gas emissions are being absorbed in the oceans instead of the atmosphere.

But what is now apparent, to nearly all, is the simple fact that climate change has arrived, and is making itself known. [This is What Global Warming Looks Like (VIDEO: Op-Ed)]

As part of the release of the National Climate Assessment at the White House on Tuesday, a local South Florida official — Kristin Jacobs, from Broward County — explained with great passion the ways in which climate change is now affecting cities and communities. Others on her panel of local leaders echoed her statements, as clearly as they could.

Climate change isn't theoretical, or imaginary, or hypothetical or even political. It's just real, here and now, and community officials have to deal with it, Jacobs said. Seawater is intruding everywhere where it shouldn't, and local Republican and Democratic politicians have putdown their snappy, sound bite political arguments in an effort to figure out how to make sure their cities can adapt to what is happening.

This same conversation, she said, is occurring in 60 percent of American cities where some level of climate impacts are starting to be felt. More than 25 states, and their governors, are now planning for ways in which they have to adapt to climate impacts here and now.

There is a sort of unspoken rule in national policy debates that plays out over and over. Think of it as the 75-25 rule: When 75 percent of the country is finally able to ignore a very loud, vocal minority (the 25 percent) that refuses to face facts, evidence or science on any given issue — from marriage equality and civil rights to regulating cigarettes and access to affordable health care — then space is created for national solutions.

We're just about there, finally, on climate change. What happens next — where both political parties in the U.S. pivot on the question of what to do about the wolf at the door — is what will rightly become the focus of attention now on this issue for the next few years.

Nesbit's most recent Op-Ed was "Is America Now an Oligarchy Nation?" This Op-Ed was adapted from "Climate Change Is Happening, Here and Now," which first appeared in Nesbit's column At the Edge in U.S. News & World Report. The views expressed are those of the author and do not necessarily reflect the views of the publisher. This version of the article was originally published on Live Science.