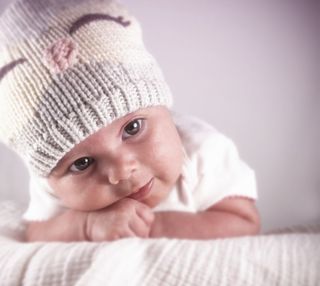 Despite some anecdotal claims to the contrary, research suggests that people aren't able to remember their births.

The inability to remember early childhood events before the age of 3 or 4, including birth, is called childhood or infantile amnesia.

Researchers believe infantile amnesia isn't just a case of "normal forgetting" that occurs with the passage of time, according to a study published in 2012 about infantile amnesia in the journal Learning and Memory. In adults, forgetting is a linear function of time, but studies show that people have forgotten far more events between birth and early childhood than is expected by the so-called adult forgetting curve.

Importantly, infantile amnesia doesn't hamper non-declarative or procedural memory, a type of unconscious memory that stores information about how to do things, such as ride a bike. Instead, the amnesia affects declarative memory — the recollection of facts and personal events.

Sigmund Freud offered the first explanation for infantile amnesia: The memories are repressed due to their sexual and traumatic nature.

Though scientists have discounted Freud's 100-year-old idea on the matter, there is still no consensus about the origin of childhood amnesia. But theories abound.

For a time, scientists believed that infants simply didn't have the mental capacity for declarative memories (their brains are "immature"). But 2- and-3-year-olds can remember and talk about events that happened months, or even more than a year, before, according to a 2000 study published in the journal Monographs of the Society for Research in Child Development.

Some scientists have proposed that our earliest memories remained blocked from us, because we had no language when they formed. Language was thought to be vital for encoding autobiographical memories, and children's long-term memories appear to form around the time that they start speaking. However, other researchers have argued that language can't be the whole story, because other animals also show infantile amnesia.

Another theory holds that memory formation is more or less normal in infants, but continual brain maturation interferes with the storage of memories.

Last month in the journal Science, scientists proposed a related hypothesis: The genesis of new brain cells essentially erases memories, because the new neurons disrupt brain circuits established by the older cells. In support of the idea, they've found that they could make infant mice's memories last longer by experimentally throttling down neurogenesis.